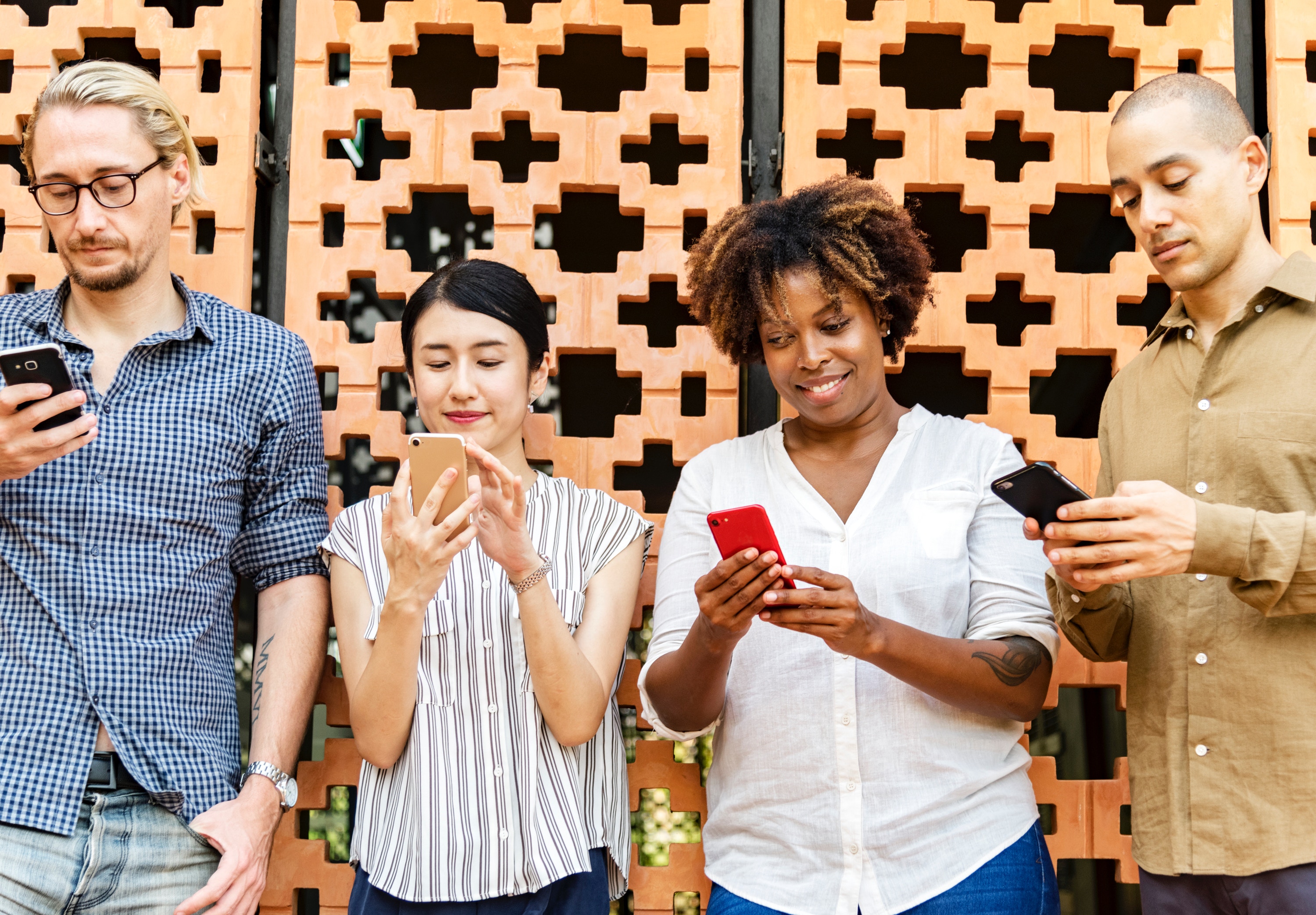 ALBUQUERQUE, N.M., Oct. 1, 2018 /PRNewswire/ — Reddcoin (RDD), the cryptocurrency social network coin, is proud to announce the public release of its ReddID wallet, which will give Reddcoin users even easier access to the platform’s signature platform to reward and recognize quality social content via tipping. Reddcoin aims to be the Internet’s official “like” button where users can reward great content—an Instagram picture upload, a Facebook location check-in, a silly video uploaded to YouTube, or a witty comment on Reddit—and be able to exchange those Reddcoin tips for physical goods or gift cards.

“Since 2014, Reddcoin has envisioned creating the first blockchain platform to use personalized IDs for social media tipping. Part of what makes ReddID so groundbreaking and revolutionary is that no one has come up with a cryptocurrency solution that offers an all-in-one tool: You choose your name, click and pay, and it’s confirmed,” says John “Cryptognasher” Nash,  lead developer. “You’re getting paid for things that take zero effort or that you are probably already doing for free anyway.”

The eagerly awaited system allows users to create a unique ReddID name for their wallet. No longer do Reddcoin users have to remember a complex jumble of 16 characters when identifying their wallets. Instead, Reddcoin users choose a ReddID name, which they can then link to their accounts on Reddit, Twitter, and various other social networks. With a single click, ReddID users can send tips to each other, and invite other friends to join the network. In addition to offering more seamless coin transfers, the system also outpaces other cryptocurrency payment platforms in speed with a block time ten times faster than BTC. Users can keep their RDD coins in their ReddID electrum wallet without having to wait for gigabytes of downloaded data.

The ReddID system is browser agnostic, downloads with one-click installation and updates as a Chrome extension via the Google Play Store. The platform is set up to plug into Chrome and Firefox; plugins for WordPress and other popular options and sites are under development and will be rolled out during the coming months. Addition of new sites will be ongoing. Web developers can engage with ReddID with its open-source software and upcoming plugins.

ReddID offers more utility than fast payment transfer, however. By way of ReddID’s social network insight and search function, the system allows users to track which content is receiving the most payments—effectively serving as a gauge to measure which influencers are producing the hottest, most popular content. ReddID, and by extension Reddcoin, empowers online content creators not just to get recognized for their work, but also compensated beyond exposure. At its essence, ReddID allows for digital community building.

“Cryptocurrency was created to be egalitarian, honest, and transparent. It was meant to break down borders and create a genuine global community,” says team co-leader Jay “TechAdept” Laurence. “With the release of ReddID, the all-volunteer team at Reddcoin Core are furthering our key values of continuing what cryptocurrency was intended to do in the first place. Reddcoin is one of the first altcoins, and has always led the way in making the experience of crypto fun, educational and safe.”

Reddcoin was launched in early 2014 as part of the ongoing crypto revolution. In an effort to reclaim users’ rights over their data and created content, via its signature cryptocurrency RDD, Reddcoin provides platform-agnostic and universal solutions to enable microtransactions and social-network tipping for content creators. With its bespoke algorithm (PoSV) that gives all users a 5 percent annual reward and eliminates energy-wasteful mining in favor of staking, we provide direct incentives for network usage as well as holding. Reddcoin’s partners and related projects are held to our own high standards of transparency, accountability, and user experience as we strive to be an example of integrity, charity, and honor. Reddcoin is headquartered in Albuquerque, New Mexico.

Namibia is Investigating on How to Apply Blockchain for Money Remittance, Investments and Cross-Border Trading

Bitzlato Extends Free Withdrawals Until the End of August! 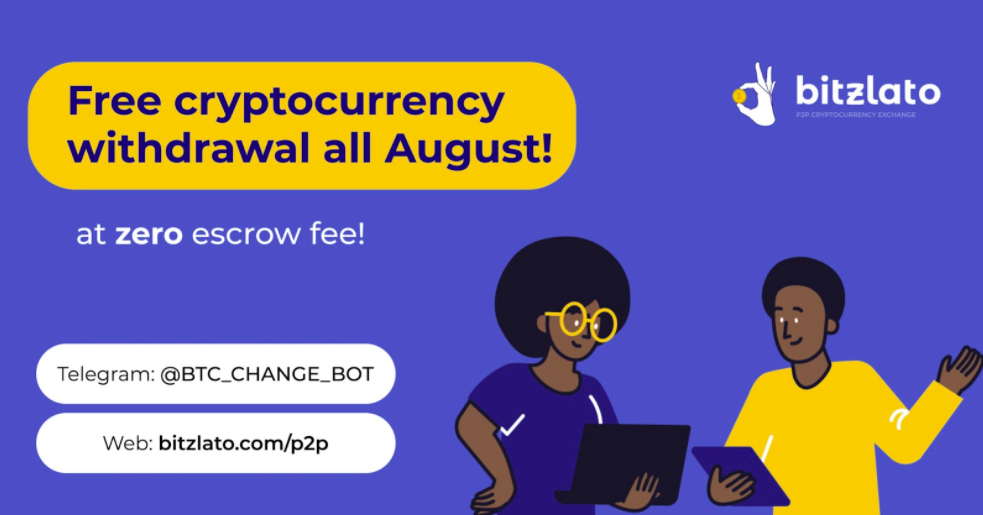 Users from Africa really liked the free withdrawal campaign and Bitzlato decided to continue it! Trade at 0% escrow fee and get vouchers for a free withdrawal all August on Bitzlato.

What do you need to do?

On Bitzlato P2P you can withdraw your crypto for free with our vouchers for a free withdrawal!

How to get them? Very simple!

Make at least 1 trade using one of the African local currencies (NGN, KES, ZAR, DZD, EGP, ILS, AOA, BWP) and on the next day, you will find a voucher in your cabinet.

Also, Bitzlato has disabled the commission for transactions with USD, EUR, as well as more than 60 other currencies! Read more here.

How to use vouchers you can read on Bitzlato blog. 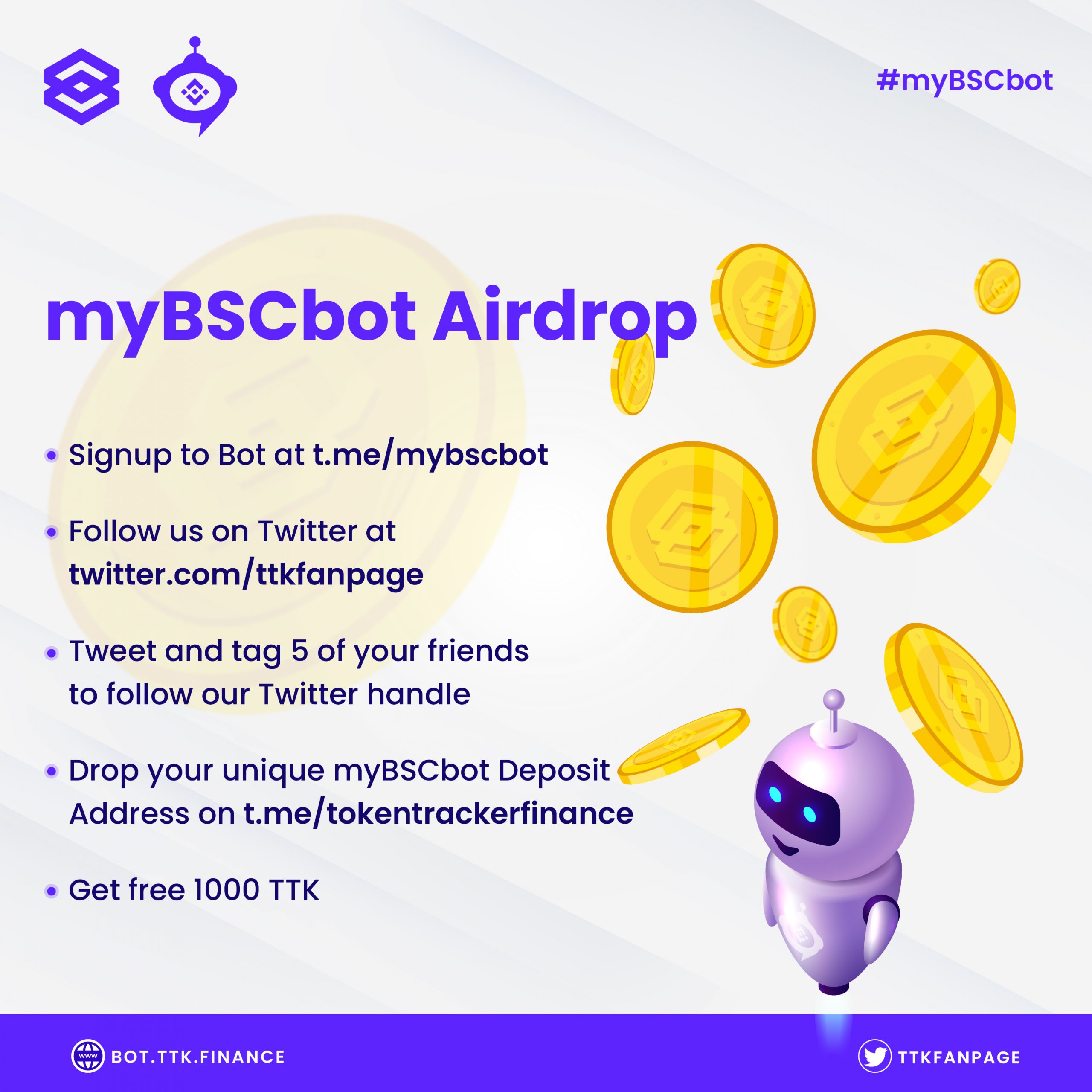 Tokentracker just released myBSCbot, a wallet on Telegram that allows you to send and receive BSC tokens easily. It is their goal to do more than help investors control the tokens they invest in. Tokentracker is also making crypto accessible to everyone! As a part of their innovation, they’re bringing you a decentralised wallet on Telegram to encourage mass crypto adoption.

The myBSCbot lives on the Telegram app and allows you to send tokens directly to addresses in or outside Telegram. It eliminates the need to go back to your external wallet apps to make a quick transaction. Anonymity is assured on myBSCbot as your name, tax identification number, or other personal information are not needed to operate your wallet.

1 It is user-friendly: You won’t be asked to go through any technical process to get started. You can sign up at the click of a button and start sending and receiving your cryptocurrencies.

2. It is safe to use: myBSCbot is safe and secure. Their goal is to make the wallet secure and easy to use, even for a 5-year-old.

3. It is easily accessible at no cost: Do you have a smartphone? Of course, you do! Then, you can use myBSCbot— anyone with a working smartphone connected to the internet can use our wallet at no cost—the only fee is a small gas fee paid to miners in BNB.

4. Available at any time: With myBSCbot, you can send and receive cryptocurrencies anytime and everywhere where there is internet coverage. What you need to do is just head to the bot and follow the process.

PS: Currently, our airdrop program is ongoing, and we are using the opportunity to give 1,000 TTK to the first 10,000 people to sign up for our BSC wallet. Sign up now at http://bot.ttk.finance/, so you don’t miss out.

We have made it super easy to get your wallet, deposit cryptocurrencies, transfer funds, and check your balance. Just follow the steps outlined below.