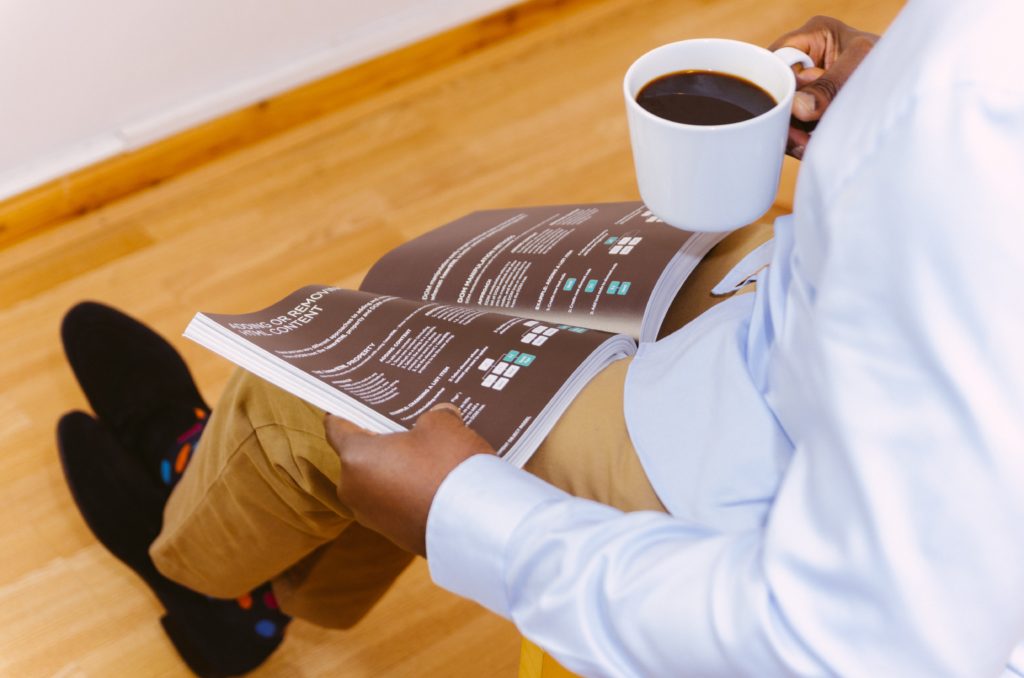 The blockchain and cryptocurrency sector has continued to grow over the years which has resulted in numerous books being written on the subject. In a market saturated with hundreds of blockchain books, it can be a daunting task to find the right books that are worth reading.

In this review, you will be introduced to the top ten best blockchain books. The books have been ranked using their GoodReads.com reader’s rankings.

Mastering Bitcoin is written by a computer scientist, Andreas Antonopoulos, who is a celebrated figure in the bitcoin community. The author gives a well-detailed explanation of how the blockchain works and how bitcoin functions. The book, however, is quite technical and may not be suitable for bitcoin or blockchain newbies. But is a great read for techies such as programmers, system admins, technical support specialists and security specialists.

The book explains the technical substructure of bitcoin as well as other digital currencies, data structures, basics of cryptography, mining mechanisms, and network protocols. Mastering Bitcoin can also be used as a textbook to teach courses on cryptocurrencies such as bitcoin.

The Bitcoin Standard: The Decentralized Alternative to Central Banking

The Bitcoin Standard by Saifedean Ammous takes a look at the historical context that has brought forth the rise of bitcoin, the economic properties that have led to its rapid growth and bitcoin’s political, economic and social implications. He outlines the properties of money from a historical perspective and the evolvement of what we term money today as well as how these technologies got their monetary role, setting the stage for an economic discussion of its aftermath.

The book provides a wealth of information and is well-researched without focusing too much on the technical details of bitcoin.

Blockchain Basics by Daniel Drescher introduces readers to the world of blockchain technology in a simple yet uncomplicated way. Unlike the book Mastering Bitcoin, readers do not need prior technical knowledge in order to understand what blockchain technology is as the book does not use any code, mathematical formulas or computer science related jargon. Instead, Drescher uses pictures, metaphors, and analogies to explain terminologies within his book.

This is arguably one of the best books that a newbie interested in understanding blockchain technology can purchase as it does a great job of bridging the gap between technical blockchain books and business-focused books.

The Book of Satoshi: The Collected Writings of Bitcoin Creator Satoshi Nakamoto

The Book of Satoshi by Phil Champagne is an exhaustive compilation of all the publications that were ever posted online by Bitcoin creator Satoshi Nakamoto. The book details bitcoin’s creation and also includes “Satoshi Nakamoto Emails and Posts on Computer Forums Presented in Chronological Order, Bitcoin Fundamentals Presented in Layman’s Terms, Bitcoin’s Potential and Profound Economic Implications and The Seminal Paper Which Started It All.”

The book gives an interesting look into the original blockchain creation and the thoughts and principles that were used in creating it. The Book of Satoshi is ideal for anyone interested in learning about bitcoin’s past and Satoshi Nakamoto.

Attack of the 50 Foot Blockchain was authored by David Gerard, who is a blockchain and bitcoin skeptic. In his book, he covers the history and origins of bitcoin as well as other cryptocurrencies to date, the 2017 crypto bubble, and the ICO craze as well as the attempts to apply blockchain technology and smart contracts to business. He also covers a case study of the blockchain technology in the music industry plus challenges being faced by the digital currency sector.

With his arguments on how the sector struggles, he allows readers to be their own judge about the blockchain.

The Age of Cryptocurrency: How Bitcoin and the Blockchain Are Challenging the Global Economic Order

The Age of Cryptocurrency written by Wall Street journalists Paul Vigna and Michael J. Casey, attempts to answer the question that people who do not know a lot on digital currencies tend to ask: why should they care about bitcoin? Cryptocurrencies are expected to cause a revolution, one that is poised to reinvent both traditional and social structures while providing financial freedom for the unbanked people. However, bitcoin, one of the most well-known cryptocurrencies, is known for its instability, illicit business, and wild fluctuation.

What Vigna and Casey try to communicate in their book is that despite all the instability and fluctuation, bitcoin is here to stay and anyone that chooses to ignore it does so at their own risk. The two authors decode digital currency – its origin, function and what you should know to enable you to navigate the cryptocurrency world.

The Business Blockchain: Promise, Practice, and Application of the Next Internet Technology

The Business Blockchain author William Mougayar has more than 30 years of experience in the technology and business world. Vitalik Buterin, the founder of Ethereum, wrote the foreword of this book. In this book, Muogayar describes how blockchain technology will change the status quo and create a new flow of value, one that will redefine relationships, roles, governance, and power. He says: “We shouldn’t ask ourselves what problems the blockchain solves, because that gives us a narrow view on its potential. Rather, we should imagine new opportunities, and tackle even more ambitious problems that cross organisational, regulatory and mental boundaries.”

This book is written for entrepreneurs and business executives who want to understand how they can benefit from blockchain technology if they add it as part of their organisational structure.

Blockchain Revolution: How the Technology Behind Bitcoin and Other Cryptocurrencies Is Changing the World

Blockchain Revolution is a book written by Don Tapscott and Alex Tapscott. The Tapscotts have written a well-researched book that looks at the future of the modern economy. It looks at the blockchain and how the technology is revolutionising different sectors in different ways from cryptocurrencies to the food and music sector, among others. The book details how several multinational organisations have already started researching into how the technology can be utilised for fast and secure transactions.

While the book acknowledges the numerous opportunities that this technology will bring, the authors are also keen to advise that the risks of dislocation and disruption should not be ignored.

Blockchain: Blueprint for a new Economy

Blockchain: Blueprint for a new Economy provides readers with an exhaustive understanding of how the blockchain works. Written by Melanie Swan, who is also the founder of the Institute for Blockchain Studies, the book covers topics beyond cryptocurrencies and smart contracts.

It examines and explains how the blockchain will cause a disruption that is just as important as the one that was brought by the Internet, PCs, mobile and social networking platforms. The book explains the potential blockchain technology has and not just in the financial sector but in other sectors such as in the health, transport and government sectors.