In this guide, you discover seven leading anonymous bitcoin wallets that you can use to increase your financial sovereignty and transactional privacy when dealing in bitcoin. 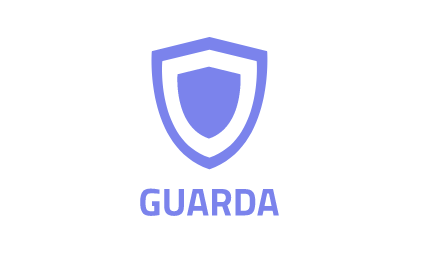 Guarda is a privacy-focused crypto wallet that allows you to securely buy 50+ cryptoassets and securely store 400,000+ digital currencies and tokens across 50 blockchains. Additionally, the wallet provides you with the opportunity to earn up to a 40% annual yield through staking – a process of earning passive income by temporarily locking up funds to help secure the integrity of a crypto network.

In addition to supporting a wide range of cryptoassets, Guarda is a hybrid wallet that is available on both mobile and desktop. The crypto wallet supports iOS and Android for mobile, and Mac, Windows, or Linux for PC. Lastly, Guarda can also be added as an extension to your Chrome browser, allowing you to interact with decentralised applications (DApps) directly from your internet browser.

The second wallet on our list is an Android-only wallet called Samourai Wallet. The Samourai Wallet has received great reviews for its robust privacy features that make it unique among all the offerings on this list.

Samourai Wallet was built to be “the most private and anonymous bitcoin wallet.” Privacy-centric features found in the Samourai Wallet include no address reuse, Tor and VPN support, no linkage between change outputs and the stonewall technique.

The Android-only wallets ‘no address reuse’ feature ensures that users do not reuse any address more than once and notifies you if you are about to send any transaction to a previous address. Additionally, by not linking previous change outputs the app avoids leaking valuable metadata about your wallet, alongside Tor and VPN support which allows users to route all transactions through an anonymous IP address.

Samourai Wallet is available for free on the Google Play Store. 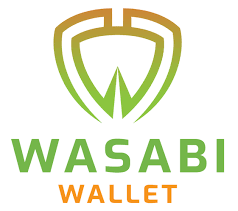 Wasabi Wallet, formerly known as HiddenWallet, is one of the best anonymous bitcoin wallets that provides a desktop-only solution for users who want to keep their privacy while using bitcoin.

It is an open-source, non-custodial, anonymous bitcoin wallet available on Mac OS, Windows, and Linux. The biggest feature of this wallet is its coin shuffling method called Chaumian CoinJoin.

Chaumian CoinJoin works with the ZeroLink Framework to ensure the fungibility of all bitcoin transactions sent from Wasabi. Fungibility is achieved by mixing coins during transactions in a way that makes transactions indistinguishable from each other and difficult to track.

The Ledger Nano Series is one of the most popular anonymous bitcoin wallets in the market. The hardware wallets allow users to store their bitcoin and other cryptocurrencies securely and privately.

Users of the Ledger Nano Series need to undergo a one-time set-up that produces a 12-word seed phrase and the selection of a pin to secure the wallet. After this, users only require the pin to access their wallet and to sign transactions.

The Ledger Nano Series includes the Nano X and Nano S. Both variants are for use on desktop, while the Nano X has Bluetooth functionality that makes it compatible with mobile devices. Ledger’s hardware wallets are not free but are arguably worth the money.

The wallet’s website claims it takes about 15 seconds to set up a new wallet. Moreover, it comes with an in-built mixer and Tor support, making it impossible to track your transactions.

Aside from Bitcoin, Rahakott supports other cryptocurrencies like Dash, Bitcoin Cash, Litecoin, Ethereum, and ZCash.

Electrum is one of the oldest wallets on this list. This wallet generates a new address for every transaction. This process is automatic until a default limit of 20 new addresses. After this, users will have to generate new addresses manually.

The well-known anonymous bitcoin wallet gains a privacy boost when used on Tails OS. Tails is an operating system built specifically for privacy. Electrum on Tail OS routes all traffic through Tor.

Edge Wallet comes in as the only anonymous bitcoin wallet on this list available for iOS. It comes with client-side encryption that ensures that the software providers have none of your private information.

Additionally, users can easily backup their wallets using their username and password. That allows them to use their wallets across multiple devices and easily recover their wallets.

Anonymous bitcoin wallets are a must-have for privacy-conscious individuals. During a time where data surveillance is threatening personal freedom, preserving personal financial sovereignty is a small step towards more freedom for the individual.

To learn how to buy bitcoin anonymously online, check out our guide here.