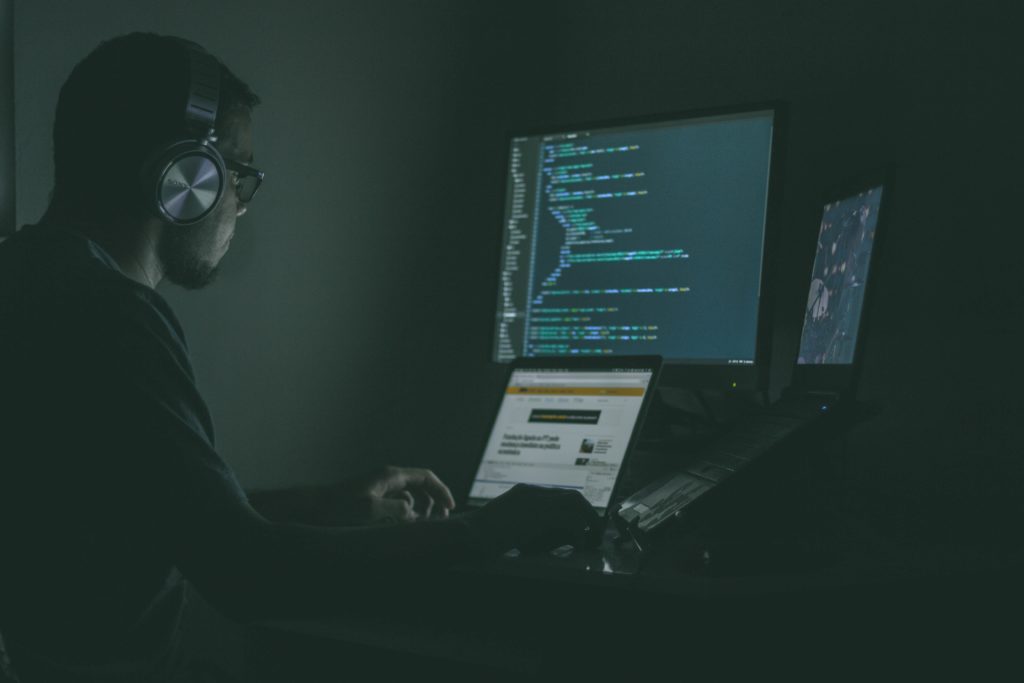 In this guide, you will find the ten best hacking books that you can read if you want to become an ethical hacker or want to improve your existing hacking skills.

The Hardware Hacker: Adventures in Making and Breaking Hardware

The Hardware Hacker is a book authored by Andrew “bunnie” Huang, one of the most respected hackers in the world. Huang has for decades shaped the hacking and hardware fields “from his cult-classic book Hacking the Xbox to the open-source laptop Novena and his mentorship of various hardware startups and developers”. In the book The Hardware Hacker, Huang shares his experience in open hardware and manufacturing by looking back on his career journey.

The book is a collection of his personal essays and interviews on different topics such as the legality of reverse engineering to a collation of intellectual property practices in both China and the United States. The Hardware Hacker is the perfect book choice for anyone interested in hardware hacking.

The Hacker Playbook 2, authored by Peter Kim, provides readers with a game plan for hacking. Kim is the CEO of Secure Planet, LLC and longtime security professional. He provides a step-by-step guide to what he terms the “game” of hacking. The book is a combination of helpful advice as well as hands-on examples. Kim uses a series of football-style “plays” to explain some of the roadblocks faced by people when doing penetration testing such as attacking different types of networks, privilege escalation, pivoting through security controls and evading antivirus software.

The examples in the book will allow you to excel at penetration testing regardless of your experience or career level. Being the second version of The Hacker Playbook, the book combines all the best “plays” from the first book with the latest tools, attacks, and lessons learned.

Hacking: The Art of Exploitation Hacking: The Art of Exploitation by Jon Erickson is considered one of the best hacking books of all time especially for beginners. It covers everything from machine architecture to programming coupled with network communications and the latest hacking techniques. Instead of just showing readers how to run existing exploits, Erickson also details how black hat hacking techniques work. He uses the book to share how hacking is accessible to everyone by introducing the basics of C programming from the perspective of a hacker.

Also included with the book is a CD that offers readers a complete Linux programming and debugging environment without the need to modify your existing operating system. Use the CD alongside the examples in the book to debug code, hijack network communications, overflow buffers, bypass protections and develop your own exploits.

The Web Application Hacker’s Handbook is a book written by Dafydd Stuttard and Marcus Pinto. Because web applications are widely used in most, if not all organisations, the chances of being attacked and personal information disclosed, fraudulent transactions executed or ordinary users getting compromised is high. Stuttard and Pinto discuss the latest techniques that can be used in attacking and defending the wide range of ever-evolving web applications.

The Web Application Hacker’s Handbook is one of the most current resources covering topics such as discovering, exploiting and preventing security flaws in web applications. 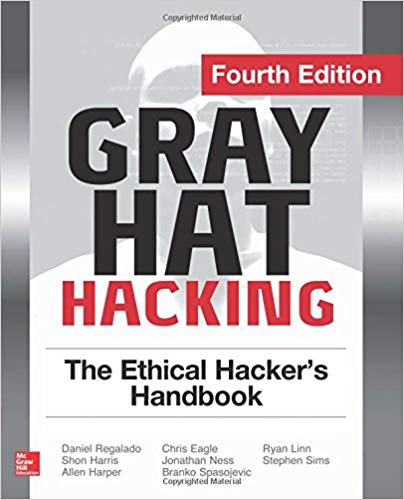 By reading this book, readers will learn how hackers “gain access, overtake network devices, script and inject malicious code, and plunder Web applications and browsers”. The book also covers android-based exploits, reverse engineering techniques as well as cyber law, which every experienced ethical hacker should be versed in. 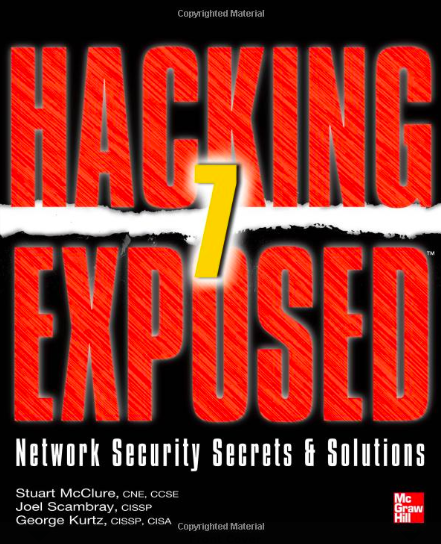 Hacking Exposed 7 is authored by Stuart McClure, Joel Scambray and George Kurtz. The book is a great read for anyone that wants to learn how to strengthen their system’s security to defeat the tools and tactics used by cyber criminals. Contained in the book are case studies that disclose the latest devious methods used by hackers as well as field-tested remedies as well as expert advice from the world-renowned Hacking Exposed team.

By reading this book, readers will be able to discover how they can block infrastructure hacks, reduce advanced persistent threats, neutralise malicious code, secure web and database applications as well as strengthen UNIX networks. 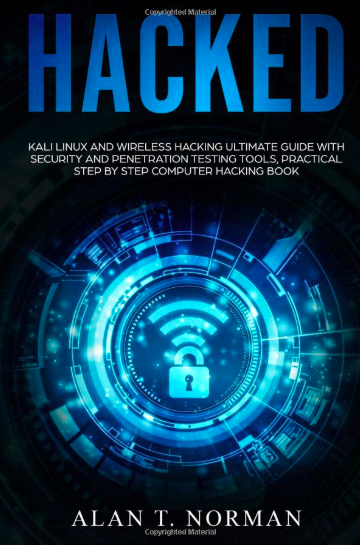 Hacked by Alan T. Norman ranks high among the best ethical hacking books. The book is largely focused on wireless hacking while still maintaining anonymity. The book’s aim is “to serve as an intermediate-level guide to some common penetration testing tools and skills”. In the book, Norman centres on practical execution by providing different methods or plans for installing the necessary platforms and tools coupled with the theory behind some basic attacks.

Readers will benefit from this book by gaining knowledge on how to carry out ethical hacking as well as penetration testing from experienced IT experts. 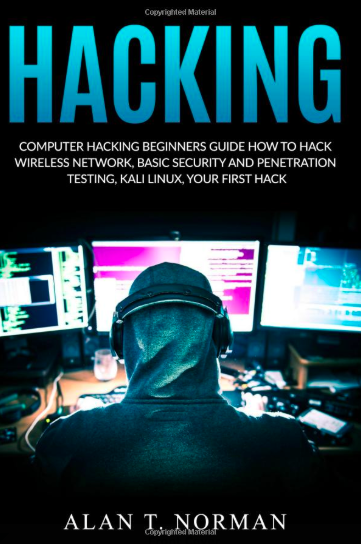 Computer Hacking Beginners Guide is another book by Alan T. Norman. It is the perfect hacking book for those who are just getting started with ethical hacking. In this book, readers will learn everything they need to know in order to get into the discreet world of computer hacking. Readers will be able to learn how hacking works in order to protect themselves from common hacking attacks. In addition, readers will learn how to hack as well as conduct counter-hacks to stay a step ahead of criminal hackers.

In his book, Norman focuses on tools and techniques that are utilised by both ethical and criminal hackers. These tools and techniques will give readers an understanding of how information security can be compromised, how to identify an attack in a system as well as how to minimise the damage caused by an attack on a system or stop an already ongoing attack. You will also learn about the different types of hackers and hacking attacks. 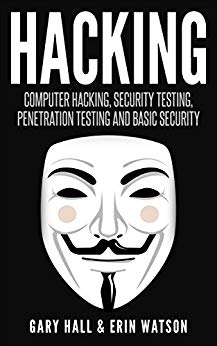 Hacking is a book authored by Gary Hall and Erin Watson and is perfect for anyone that wants to learn how to hack in order to protect themselves. Hall believes that for you to prevent yourself from getting hacked, you need to know how to hack and this, could not be far from the truth. In this book, you will be able to learn about the different type of hackers, the different types of attacks all the way to the future of hacking and so much more.

Hall also allows readers to understand the complex techniques and methods that can be used to hack and is suitable for both beginner and experts alike as it uses a language that can be easily understood by beginners without omitting any intricate details that are essential in hacking. 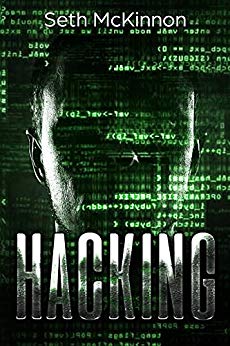 Hacking: Learning to Hack, authored by Seth McKinnon, looks at the different techniques and methods used in hacking such as Penetration Testing, DoS Attacks, and Wi-Fi hacking to give readers a better understanding of how they can hack in order to prevent their computers from being an easy target.

In this book, readers will learn the required tools and techniques in order to protect themselves as well as their family and friends from malicious hacking attacks.

If you are looking to break into the cyber security space and want to develop your skills as an ethical hacker or simply want to learn how to protect yourself from black hat hackers, there will be something for you in this list of best hacking books for 2019.