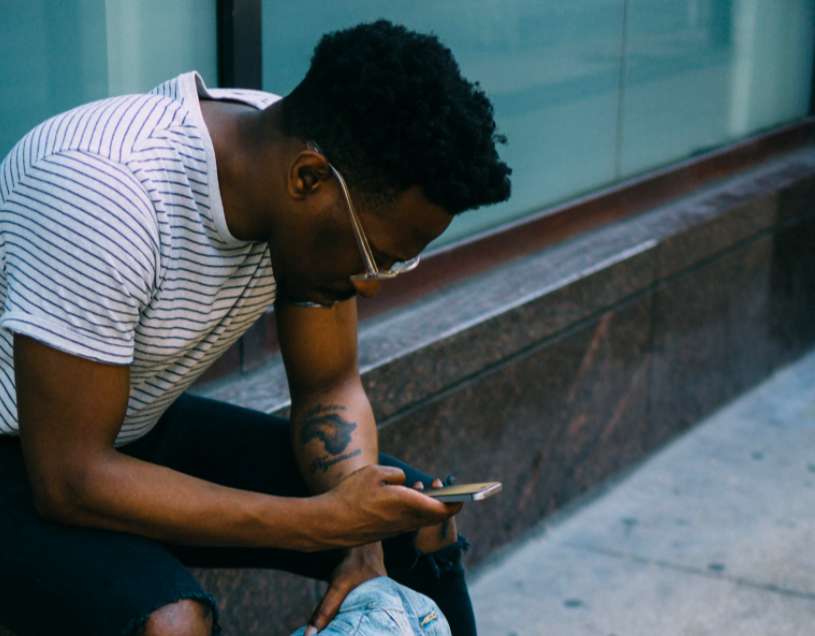 This week saw El Salvador approve a $150 million fund to enable conversions from BTC to USD. The announcement gave the bitcoin price a boost, which was almost $50,000 at the time of writing. In other news, Kaspersky has reported that the threat of malicious crypto miners remains prevalent in Africa.

Read this and other top stories in this weekly roundup.

Cybersecurity and anti-virus provider Kaspersky has detected over 1,500 fraudulent global resources targeting investors interested in crypto mining since the beginning of 2021. The company has prevented over 70,000 user attempts globally from accessing such websites.

“Although these percentages [appear] low and may not seem significant to users, crypto-miner malware has been identified as one of the top 3 malware families rife in South Africa, Kenya and Nigeria at present. We believe [this] emphasises that as cryptocurrency continues to gain momentum, more users will likely be targeted,” said Bethwel Opil, Enterprise Sales Manager at Kaspersky in Africa.

Kaspersky is asking users to apply caution by refraining from clicking dubious links, using a security solution, and downloading apps from official websites. Moreover, crypto investors should think twice before accepting offers that are too good to be true and before buying products online from unknown companies.

This September, Binance Smart Chain (BSC) is celebrating its first anniversary. Since launching in September 2020, BSC’s ecosystem has attracted over 800 DApps.

The DeFi and NFT infrastructure also offers super speeds, breaking the all-time high of 13.1 million daily transactions, a record that no blockchain has hit before.

You can also check out their giveaways on Twitter. BSC is rolling out these giveaways in partnership with its projects and partners.

The Central Bank of Nigeria (CBN) has partnered with fintech company Bitt Inc. as its technical partner.

According to the CBN governor Godwin Emefiele, eNaira will function “as a wallet against which customers can hold existing funds in their bank accounts.”

CBN announced its plans to launch a digital currency after prohibiting financial institutions from facilitating crypto transactions in February.

“A cryptocurrency is a store of value. It is a medium of exchange but is not generally accepted,” he said.

Kganyago also said that the bank is looking into crypto regulation to protect consumers. Many South Africans have been victims of the Mirror Trading crypto Ponzi scheme and the alleged Africryt bitcoin scam. African Tiktok influencer Wian launched a premium NFT collection on Binance after successfully selling out his debut NFTs. To learn about this and other top crypto stories, keep reading.

The largest Tiktok influencer in Africa, Wian, launched a premium NFT event collection on September 21 on the Binance NFT marketplace.

According to the company, the collection features six animated cards. They include the Joker, the King, the Ace, the Smile card, the Gold card (premium), and the Dogecoin card. The collection displays the influencer’s love “for magic as a means of entertainment and inspiration.” Wian is an influencer from South Africa.

“With everything going on in the world, using my influence to instil “magic” in those less fortunate will give me a smile wider than the Joker!” said Wian.

Wian was one of the 100 creators that rolled out NFTs in June 2021 on the Binance NFT marketplace. His debut NFT collection on Binance sold out.

“We are especially excited to host African creators as we see the profound opportunity NFTs and the blockchain bring to the entire continent. […] It is important that African creators are provided an even larger platform with optimal solutions to reach a more global audience,” said Emmanuel Babalola, Director at Binance Africa.

Three Zimbabwean artists have taken advantage of the NFT space to sell their art. Indigo Saint, Greatjoy Ndlovu, and Nyash Warambwa have all successfully sold NFT art on NFT marketplaces.

According to an article on BitcoinKE, Saint sold NFT art for $29 on Phantasma, while Warambwa sold two NFTs for 1.55 ETH. On the other hand, Ndlovu sold his first NFT for 0.7 ETH.

Ndlovu is a globally acclaimed artist that highlights societal issues in his work. He believes that the NFT space provides an opportunity for African artists to showcase their work to a larger audience. Moreover, he hopes that he will inspire more African artists to sell NFT art.

Daba School offers courses such as crypto trading and investment, video production and editing, and graphic design. So far, the platform has helped many students to acquire life-changing skills.

“Stories of Daba’s impact abound. Blessing, a graduate from the University of Port Harcourt, made over 1 million Naira in 30 days from crypto trading,” BNUG shares in the report.

DishAfrik is offering African cuisine NFT art as a fundraising perk. The NFT will be a collage with images of 54 recipes from the 54 African countries. Moreover, the NFT will have metadata with recipe information for each dish. DishAfrik is a platform that wants to make African dishes more accessible globally.

The company plans to offer this NFT as a perk to the participants of the Indiegogo campaign. Funds raised during the campaign will go towards the development of the DishAfrik app.

“On DishAfrik, Africans [can] discover other African recipes. Also, Africans in the Diaspora [can] re-experience long-forgotten flavours from their childhood. Non-Africans who are interested in the cuisines from Africa may find much to learn and incorporate into their own kitchens,” an article on Further Africa explains.

The Indiegogo campaign began on September 13. 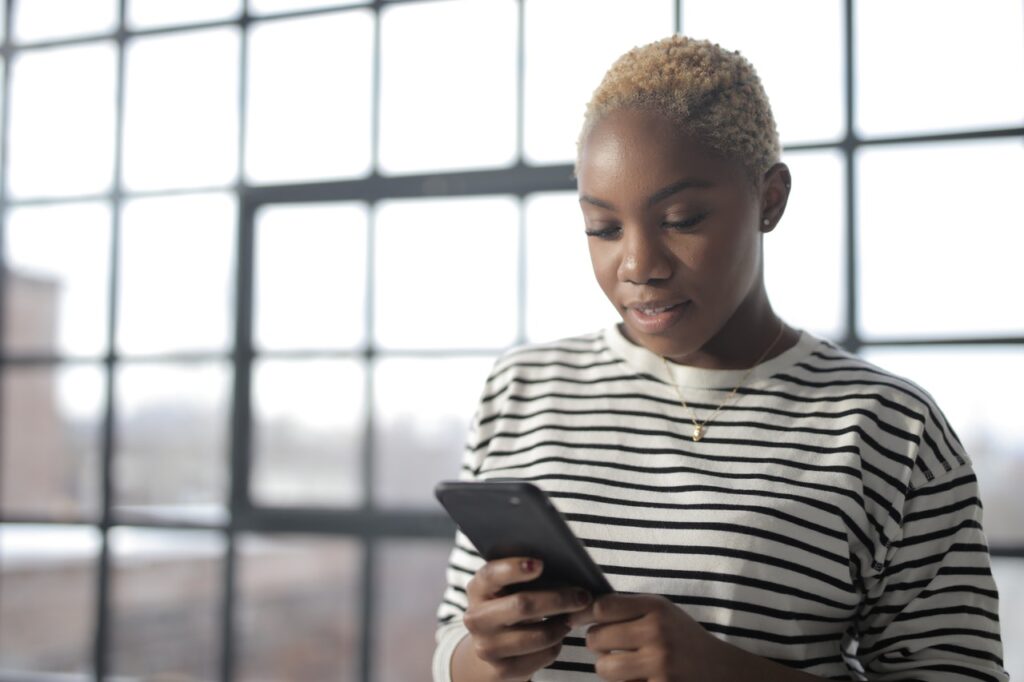 In this week’s news roundup, we will cover the rapidly growing crypto market in Africa, Paxful adding Lightning support, and other top stories.

Crypto Market in Africa Grows by Over 1200%

According to a report preview by Chainalysis, the crypto market in Africa has grown more than “1,200% by value received in the last year.” Additionally, the continent “has some of the highest grassroots adoption in the world.”

Chainalysis also noted that Africa’s cryptocurrency economy is the smallest but the most dynamic and exciting.

“In addition to being the third-fastest growing cryptocurrency economy, Africa also has a bigger share of its overall transaction volume made up of retail-sized transfers than any other region at just over 7 per cent, versus the global average of 5.5 per cent,” Chainalysis wrote.

Africans are also the biggest users of P2P platforms.

About 47 Per Cent of South African Adults Hold Crypto

Market research and data specialist company KLA has found that about 47 per cent of South African adults hold cryptocurrencies. However, the highest number of this population holds low-value crypto investments.

“While this percentage is high, the amount invested is low. This indicates that the bulk of South African crypto investors are experimenting and dabbling without making a significant financial investment,” said Tessa Nowosenetz from KLA.

Paxful has announced that it has integrated the Lightning Network on its platform to provide faster and cheaper transactions. The initiative is in partnership with Lightning Labs.

“The Lightning Network is the cheapest option for Bitcoin micropayments, which will massively amplify Paxful’s work around leveraging how Bitcoin can be used as a means of exchange rather than a speculative asset. Lightning is capable of handling 5 to 10 transactions per second but it has the potential to process hundreds of thousands of transactions per second,” said Paxful CEO Ray Youssef.

According to Youssef, the Lightning Network will accelerate adoption because it will make bitcoin “a strong financial contender for everyday transactions.”

Zimbabwe’s Minister of Finance Shops for Crypto Solutions in Dubai

Recently, the Minister of Finance in Zimbabwe, Mthuli Ncube, visited the DMCC Crypto Centre in Dubai where he identified solutions for cheaper remittances.

“I visited the DMCC Crypto Centre in Dubai, which is a fascinating incubation hub for cryptocurrency and payment solutions. [I] came across solutions that could lower charges for diaspora remittances,” he tweeted.

While it is not clear whether the country will follow up this visit with a partnership, Ncube’s openness to crypto is seen as a good sign. However, payment platforms in Zimbabwe are at a loss why the Minister had to seek solutions in Dubai. For instance, Uhuru Wallet is a blockchain-based platform that facilitates remittances in the country. 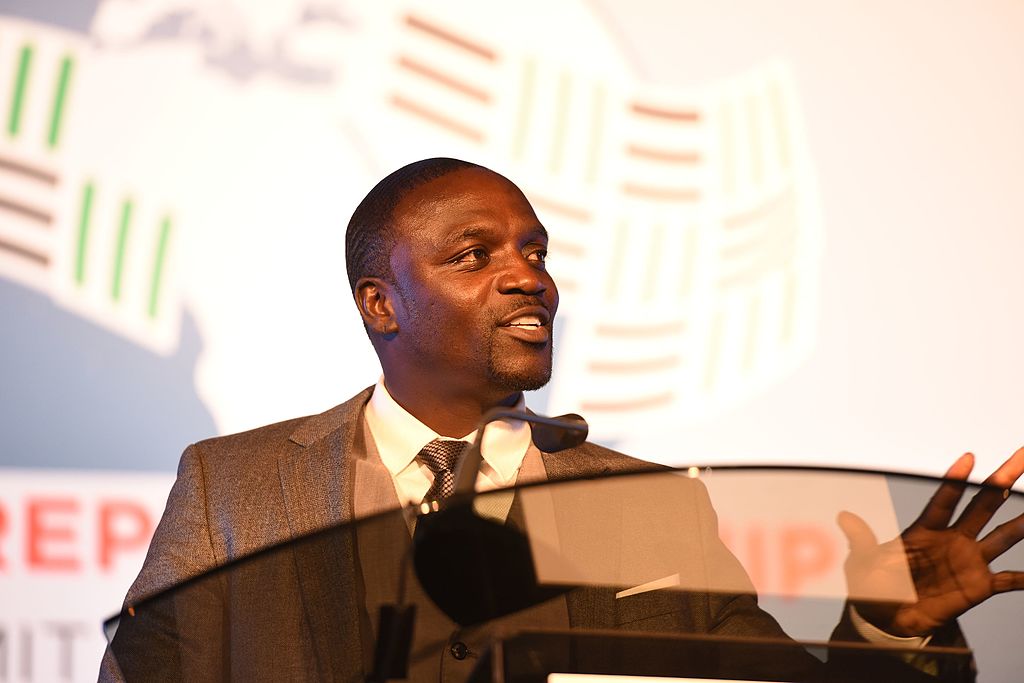 A major event went down this week when El Salvador became the first country to accept bitcoin as legal tender. This step could have opened the door for more countries to start embracing cryptocurrencies. Cuba, for instance, announced that it will start recognising and regulating cryptocurrencies.

Back to the African crypto space, locals in Senegal have lost hope in the development of Akon City. Keep reading to learn about this and other top stories on our weekly news roundup.

After erecting a ceremonial stone on the grounds where Akon City is set to stand, the villagers of Mbodiene have not seen any activity from the developers since. They are now in doubt, wondering whether this city that could change their lives will ever become a reality.

“They laid the foundation stone with a lot of speeches and promises. Compared to everything that was announced, I do not think we have seen much yet,” said Jules Thiamane, a 35-year old local.

The movie Black Panther-inspired the vision behind Akon City, a $6 billion smart city with a crypto-powered economy. Named after its visionary, Akon, the proposed city will have a shopping centre, hospital, waste centre, police station, school and solar power plant by 2024. The developers plan to fully complete the project in 2030.

However, Paul Martin of the engineering firm that won the contract to construct the city says that plans to build the city are still ongoing. He also said the project has raised over $4 billion in funds and may begin in October after the Akoin project in Kenya is complete.

The Central Bank of Nigeria (CBN) plans to roll out tiered AML/KYC requirements with its digital currency in October.

The central bank will launch the pilot testing of eNaira, the central bank digital currency (CBDC), on Independence Day, October 1. Besides a tiered ID verification system, CBN will create transaction limits for each tier.

According to an article on Cointelegraph, these CBDC plans could indicate that more anti-crypto laws are likely to arise in Nigeria. For instance, China intensified its crypto crackdown efforts after rolling out its digital currency for public testing.

The eNaira will complement the Naira, but it will act as a non-interest-bearing digital currency.

Cryptocurrency exchange Luno has set new rules restricting customer withdrawals. According to the exchange, the purpose of the restrictions is to “act as a deterrent for illicit actors moving large amounts of funds within the crypto ecosystem.”

The exchange is using a risk-based approach to set the limits for each client. However, Luno has not disclosed how it sets these dynamic risk-based limits. The limits are also different from those published on the website.