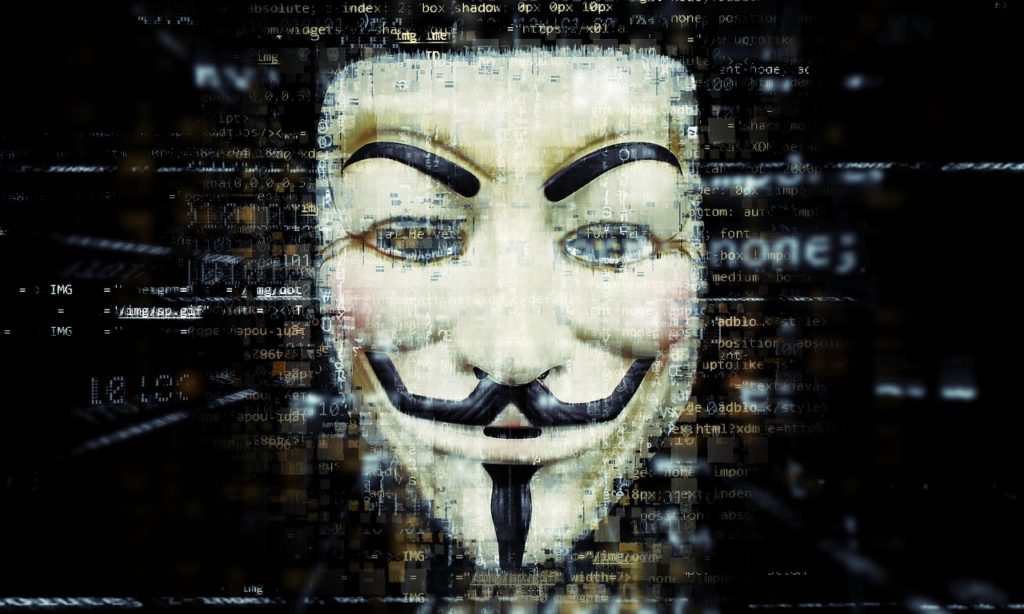 The growing adoption of anonymous cryptocurrencies has been largely pushed by the desire of the bitcoin community for more privacy. With plans in the EU and other parts of the world to make bitcoin transactions more transparent by linking them to wallet addresses, cryptocurrency users are increasingly turning to privacy coins to protect their personal financial sovereignty.

In this guide, you will discover seven of the best privacy coins that enable you to make private digital currency transactions.

Dash is an open-source, peer-to-peer cryptocurrency based on the Bitcoin protocol. The digital currency began as a privacy-focused coin but has gradually progressed to a medium of daily transactions. Dash aims to solve many of the problems bitcoin faces concerning scalability, transaction speed, privacy, and governance.

The digital currency depends on Conjoin mixing to scramble transactions on its blockchain to enhance privacy. In addition, Dash uses a system of masternodes. Masternodes are special servers that perform important functions on the Dash blockchain. The operations include Private transactions, (PrivateSend), Instant transactions (InstantSend), and the treasury and governance team.

A problem with Bitcoin is the lack of a strong governance structure. Absent of (miner) consensus, important changes can only be made by forking the cryptocurrency to create a new version of the digital currency. Dash is different since it has a voting system in place to facilitate quick decision making and implementation. The cryptocurrency has a self-funding protocol where 45 percent of newly created coins going to miners, and another 45 percent is distributed to masternodes. The rest goes to the treasury and is used to finance future development projects on Dash.

Zcash is a decentralised, open-source digital currency that allows users to selectively enjoy private and transparent transactions. The cryptocurrency is a by-product of the Zerocoin project. While Zcash transactions are still broadcast on a public blockchain, details pertaining to the sender, recipient, and amount remain private.

The Zcash protocol is superior to that of Bitcoin since it relies on an advanced cryptographic privacy-enhancing technique referred to as zero-knowledge proofs, to confirm the validity of financial transactions without disclosing any information about them. The cryptocurrency uses a proof-of-work (PoW) consensus mechanism to verify and process transactions and has a total supply of 21 million coins.

Early on, there was controversy surrounding Zcash mining due to its ‘founders reward’ feature. Ten percent of all the coins mined in the first four years are distributed to the stakeholders in the Zcash Company. Furthermore, at its launch, a slow start mechanism to mining was put in place to reduce supply and push up its value.

Zcoin, also referred to as Zerocoin or XZC, is an open-source, decentralised digital currency that aims to keep transactions private and anonymous for its users. While bitcoin is pseudo-anonymous – since a bitcoin address is not linked to a user’s identity – transactions can still be viewed on the public ledger. Zcoin utilises the Zerocoin protocol, which is an example of a zero-knowledge proof (ZKP). It is a way of confirming you have information without disclosing the information.

The Zerocoin protocol allows users to send private transactions by minting new coins that are not linked to previous transactions, effectively breaking the chain and eliminating the possibility of using blockchain analysis to establish the identity of transacting parties. The new coins will appear on the blockchain with a new address and without any transactional history attached to them, and thus can be sent or spent at the user’s discretion.

The cryptocurrency relies on several computers and servers referred to as Znodes that secure the network by validating transactions. Anyone looking to run a Znode must stake 1,000 Zcoins. This works to ensure the Znodes operate in honesty and efficiently since they have a stake in the Zcoins. For their effort, the Znodes are entitled to a reward of 30 percent of newly minted Zcoin. Miners generate a new block every 15 minutes with a current yield of 50 Zcoin per block. In addition, the cryptocurrency has a “Founders Reward” embedded within its protocol which sets aside a portion of the newly minted Zcoins for the founders. The coins fund future development by the Zcoin team.

As of August 2018, Zcoin started using the Lyra2 mining algorithm which is soon to be replaced by Merkle Tree Proof (MTP) algorithm. The algorithm makes it possible for users to mine Zcoin using CPUs or GPUs instead of going for the more expensive ASIC mining hardware.

Komodo is a cryptocurrency project that focuses on providing transparent and private transactions that are made secure by using the bitcoin blockchain and a (dPoW) Delayed Proof of Work protocol. Founded in 2016 by James `jl777c’ Lee, Komodo was the product of work on a blockchain project called SuperNET on Nxt. The Komodo coin (KMD) is a fork of ZCash and underpins the Komodo platform that includes a blockchain, a decentralised exchange, and a framework for launching decentralised ICOs.

The key principle behind Komodo is decentralisation where people are free to make their decisions and have control when it comes to their money. In line with this philosophy, the Komodo team has designed a peer-to-peer digital currency and platform that focuses on an atomic-swap powered decentralised exchange.

The Delayed Proof of Work (dPOW) feature in KMD is what sets it apart from most cryptocurrency projects. The original bitcoin relies on a proof of work protocol in which computers utilise their processing power to sign hashes on a distributed ledger. The signing process is what makes the Bitcoin blockchain secure. Delayed Proof of Work is a consensus mechanism that does not acknowledge the Longest Chain Rule for any transactions that are older than the most recent ‘backup’ of the Komodo blockchain. The Komodo whitepaper states that any conflicts that may arise which refer to transactions that are older than the latest ‘backups’ the consensus mechanism considers the backups in the chosen PoW.

Another feature of the Komodo platform is Jumblr. It can be described as a decentralised coin mixer that operates as a decentralised anonymiser. Jumblr utilises zero-knowledge proofs that provide total anonymity at a fee of 0.3%. Users can access the Jumblr feature from the Agama wallet. The Komodo team has also expanded their decentralised ICO services (dICO) making it easy for entrepreneurs to launch their own blockchains and crowdfund their ICOs. Similar to how the Komodo blockchain notarises to bitcoin their asset chains will be notarised to the Komodo blockchain. Particl is an open-source, decentralised blockchain platform that is specifically designed to offer privacy for users. The project aims to give users a path to a private economy by providing users with tools to develop and sustain an ecosystem and guard the rights to privacy. According to Particl’s mission, “This new alternative economy allows people to both earn and spend money in a completely trustless fashion as well as use and build decentralised applications that respect their rights to privacy.”

The Particl network uses a Proof-of Stake (PoS) algorithm. Particl also became the first blockchain that was deployed with a native implementation of the SegWit protocol. SegWit inclusion makes the Particl blockchain attractive to users by opening them to a number of benefits. They include a reduction of network fees, scalability, and compatibility with the Lightning Network.

While other privacy coins like Dash or Zcash are keen on restoring trust and financial privacy to users, the reality is service providers are – in some cases – still able to collect private user information in order to facilitate certain activities. Particl works to limit these invasions through a number of innovative protocols. They include Confidential Transactions (CT) protocol and Ring CT protocols. In addition, the Particl blockchain enables users to select their privacy settings based on their needs. Privacy settings are classified according to three levels; public level, blind transactions, and anonymous level.

The public level is default setting in the Particl blockchain and is similar to the Bitcoin network. Here transactions are pseudonymous with addresses being publicly visible. This level has the added benefit of being the cheapest. Blind transactions deploy the CT protocol to keep the transaction details private. They are only visible to the transacting parties (or to whomever they may designate) without compromising on the cryptographic integrity. The third level of privacy is the anonymous level. There, transaction amounts, details and related addresses are obscured using a combination of Cyptonote’s ring signatures and Ring CT.

Monero is an open-source, secure, and anonymous cryptocurrency that enables untraceable financial transactions.

Bitcoin operates on a protocol that attempts to shield users from scrutiny by generating pseudonymous addresses. This pseudo name addresses consist of numbers and alphabets. However, these addresses are not fully private. Bitcoin addresses and transaction history are recorded on the public Bitcoin blockchain. This means transactions executed by a particular user over a time period can be traced to the same address. This enables the study of transaction patterns linked to addresses to decipher user identity.

Monero offers users a more secure alternative where they can retain their anonymity. Monero is based on the CryptoNote protocol with one time keys being used for individual payments to ensure transactions are unlinkable and remain private. Another anonymising feature is the use of ring signatures and stealth addresses.

Ring signatures operate by mixing account keys with public keys from the blockchain to create a ‘ring of signers.’ This makes it hard for anyone to determine your balance on the network. Stealth addresses are one-time addresses generated randomly for each transaction initiated by the buyer. Therefore, it’s almost impossible to link published addresses to any of the transacting parties.

Monero’s block size limit changes based on the demand of the previous blocks. Lack of a block size limit means the network is able to accommodate a large number of transactions per second. Miners are incentivised to participate in the network. It is still possible to mine XMR using your computer. 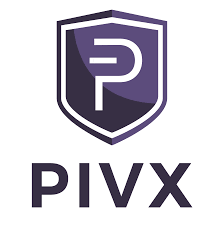 PIVX is a code fork of Dash but builds on Dash’s technology by making PIVX a proof-of-stake coin. It was originally called Darknet (DNET). But after more community involvement it was rebranded in January 2017 to PIVX to reflect its ideals, mission, and vision.

The aim of the Zerocoin protocol was to make Bitcoin transactions more anonymous. In that sense, PIVX has more superior privacy features compared to Bitcoin. Instead of mining PIVX using mining hardware, PIVX uses a Proof of Stake (PoS) consensus mechanism. PIVX holders earn a stake or reward by holding the digital currency in a wallet. The PoS algorithm enables PIVX holders to be rewarded for having coins in the official wallet.

Furthermore, this is a more environmentally-friendly alternative to POW mining which consumes considerable amounts of electricity. In addition, there is also a network of Masternodes that maintain the PIVX network. Masternodes govern the PIVX blockchain and vote for decisions concerning the cryptocurrency’s development.

To run a Masternode, you need to stake 10,000 PIVX in the official wallet as collateral. Masternodes receive rewards for offering services to the PIVX network. Therefore, it is no surprise the rewards for masternodes are higher than for users staking PIVX on their wallets. However, to prevent the network from becoming too masternode heavy, the rewards are variable and controlled by a see-saw algorithm. The see-saw algorithm checks the number of masternodes in comparison to the amount of PIVX staked at the same time. Should the number of masternodes exceed in number then the algorithm will adjust the rewards released to each masternode owner. That reduces the amount paid out to each owner. This promotes decentralisation of voting rights and greater dissemination of PIVX holders.

The mainstream media and regulators like to paint anonymous cryptocurrencies as a haven for criminals and illegal activities. However, the uptake of these currencies is a result of the need for privacy among digital currency users.