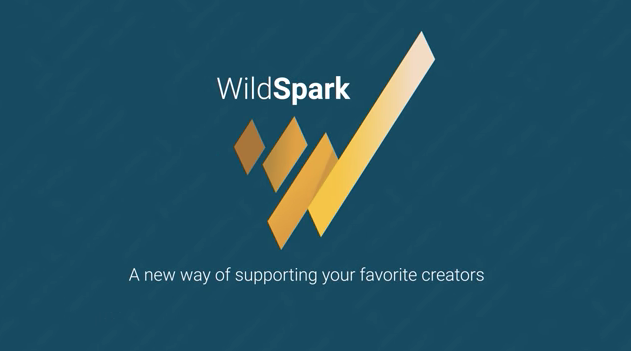 The Internet has enabled people around the world to make money online through the creation and publication of digital content. However, most established content platforms such as YouTube, for example, keep the lion’s share of the revenue generated from that content for themselves. End users, on the other hand, can only “support” the creative writers with shares, comments, and likes on the vast majority of platforms. This is what blockchain venture Synereo is aiming to change.

Synereo – a company that is using the blockchain to provide content creators with a solution to monetise directly from their content – has already launched the beta version of their first product called WildSpark. WildSpark will enable content creators make money directly from their content, with zero restrictions, for which they will be rewarded for using Synereo’s cryptocurrency AMP. In addition, content curators will also be rewarded for sharing popular high-quality content.

Since WildSpark is currently in open beta, users have been facing some restrictions. Additionally, the platform has so far been working with YouTube only but more platforms are expected to be integrated into the project following their official launch release that is set to happen in two weeks. For now, Synereo has launched a Creator Program and are expecting more than 100 content creators to sign up on the platform.

Synereo offers a noteworthy reward program that is classified into four different tiers: Silver, Gold, Platinum, and Diamond. A content creator in the Silver Tier of Creator Program needs to have more than 300 subscribers; the Gold Tier will need one to have more than 1,000 subscribers; over 7,500 subscribers for the Platinum Tier and the highest being 10,000 subscribers for the Diamond Tier. Content creators will start earning bonuses at 750 AMP for the lowest tier, which will go upwards from there. Synereo has allocated $500,000 for the AMP Creator Program.

While creating good content that is engaging is only half of the journey, finding the audience to spread the content is another battle on its own. WildSpark has factored this in and as such, offers a reward for both the creator and curator. Creators using WildSpark as an additional revenue stream can also give their followers an opportunity to earn monetary rewards. When a curator sends AMP to the owner of the content they love, they get a portion of all future AMP rewards that others send to the same content piece. This creates an ecosystem whereby creators are compensated for their content and curators earn by spreading the content.

While there are other incentivised content creation platforms, WildSpark stands out for users as the platforms they post their content on do not receive any form of reward – and neither does WildSpark itself. If a subscriber gives AMP, it goes directly to the person who created the content and to the person who helped to spread it. The exact calculations for the AMP compensation distribution are outlined in Synereo’s whitepaper. However, this is expected to change with developments to the project.

The WildSpark team plans to continue developing the platform to enable content creators to reward their active fans while finding alternative ways for users to promote and monetise their content.

With such a well thought out platform and ambitious plans, WildSpark could become a big success among content creators in Africa as it creates a new avenue for them to generate an income online.