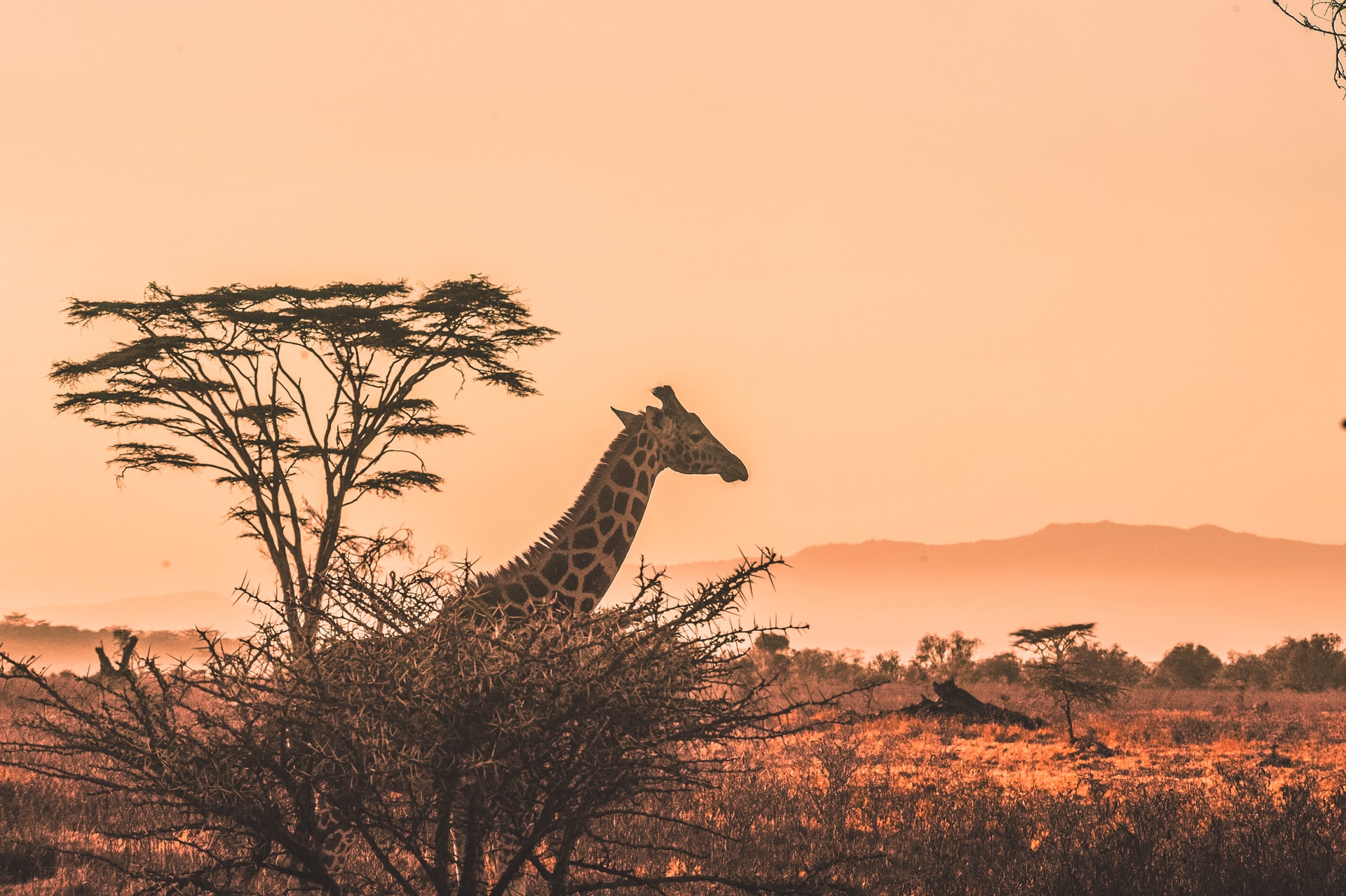 In Bitcoin Africa’s Weekly News Roundup, we look at the most prominent blockchain and cryptocurrency stories from Africa this week.

Here are our best picks!

Binance has been opening up its global cryptocurrency exchange to Africa by adding African currencies over the past few months. The exchange entered the African market by building a standalone bitcoin exchange in Uganda, which saw record sign-ups in its first weeks.

Later, Binance integrated the Nigerian Naira to the main exchange to close 2019. In 2020, Binance has added the South African Rand and now, the Kenyan Shilling.

Finally, Binance has completed adding all African currencies it mentioned after adding the Naira. It will be interesting to see where Binance goes from here.

Kenya continues to attract more cryptocurrency development. Our update from last week also highlights the growth of P2P exchanges in the country.

Cardano has expressed interest in building the African blockchain space since November last year. The project announced its involvement in the Mauritius regulatory framework as its first step.

In a blog post, Cardano announced a partnership with the South African National Blockchain Alliance (SANBA).

SANBA is an organisation established to drive blockchain adoption of blockchain in the South African state with a population of 59 million. The South African Government, State Department of Science and Innovation, Council for Scientific and Industrial Research, Office of Digital Advantage directly supports SANBA’s operations.

The partnership will look into ways through which Cardano can be harnessed in South Africa’s blockchain infrastructure.

CryptoLocally, an altcoin peer-to-peer marketplace, has partnered with Sesacash, a cryptocurrency and Fiat hybrid wallet provider.

This partnership intends to open up the CryptoLocally platform to African users as a platform for remittance, starting from West Africa.

Alexandre Ricart, Head of Marketing of CryptoLocally, mentioned that cryptocurrency platforms could provide a financial alternative to Africans.

“CryptoLocally allows unbanked users to exchange crypto with cash but also using a digital wallet like Sesacash, giving them access to cryptocurrencies as a financial alternative and securely keep full ownership of their assets,” he stated.

In the cryptocurrency markets, much has not moved. Bitcoin has seen a slight 3.33 percent increase in price, while Ethereum (ETH), Tezos (XTZ), and Binance Coin (BNB) all recorded over 8 percent rise in price.

Related Topics:adaBinanceBNBcardanoCryptoLocallykenyasouth africa
Up Next

Join Us for a Live Telegram AMA with Cryptolocally on Monday, May 17 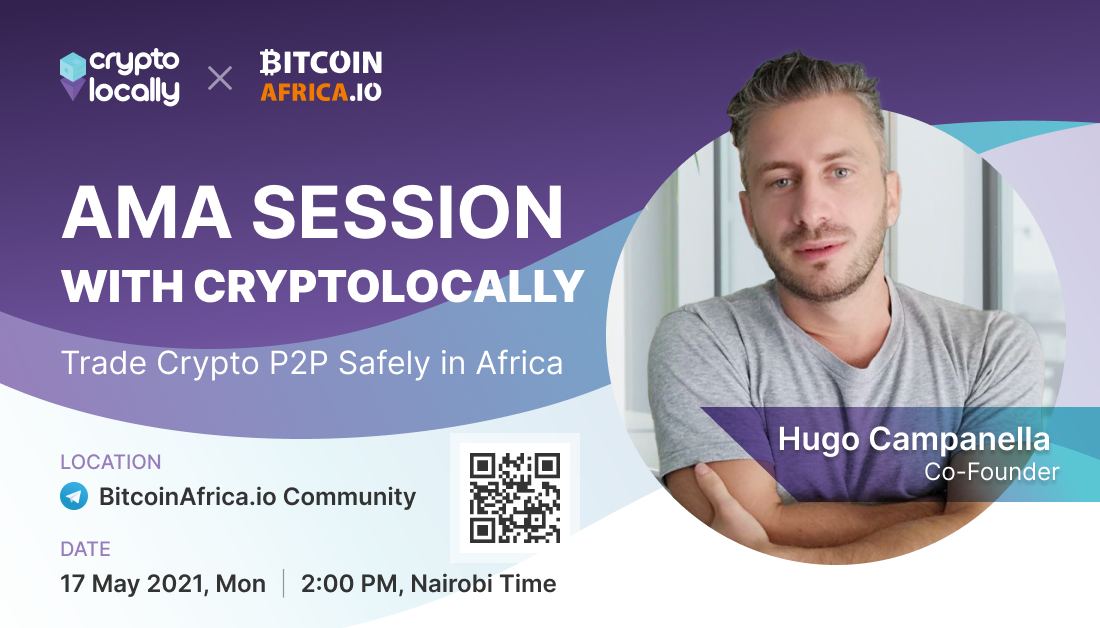 Join us on Monday, May 17, at 2pm EAT (12pm WAT) for a Live Telegram AMA (Ask Me Anything) with Cryptolocally’s co-founder Hugo Campanella.

Cryptolocally is a fast-growing peer-to-peer crypto exchange that has entered the African market with the intention to provide more crypto on- and off-ramps as well as DeFi earnings opportunities to Africa’s crypto community.

Join us in our Telegram Community to ask Cryptolocally any question you’d like on Monday! 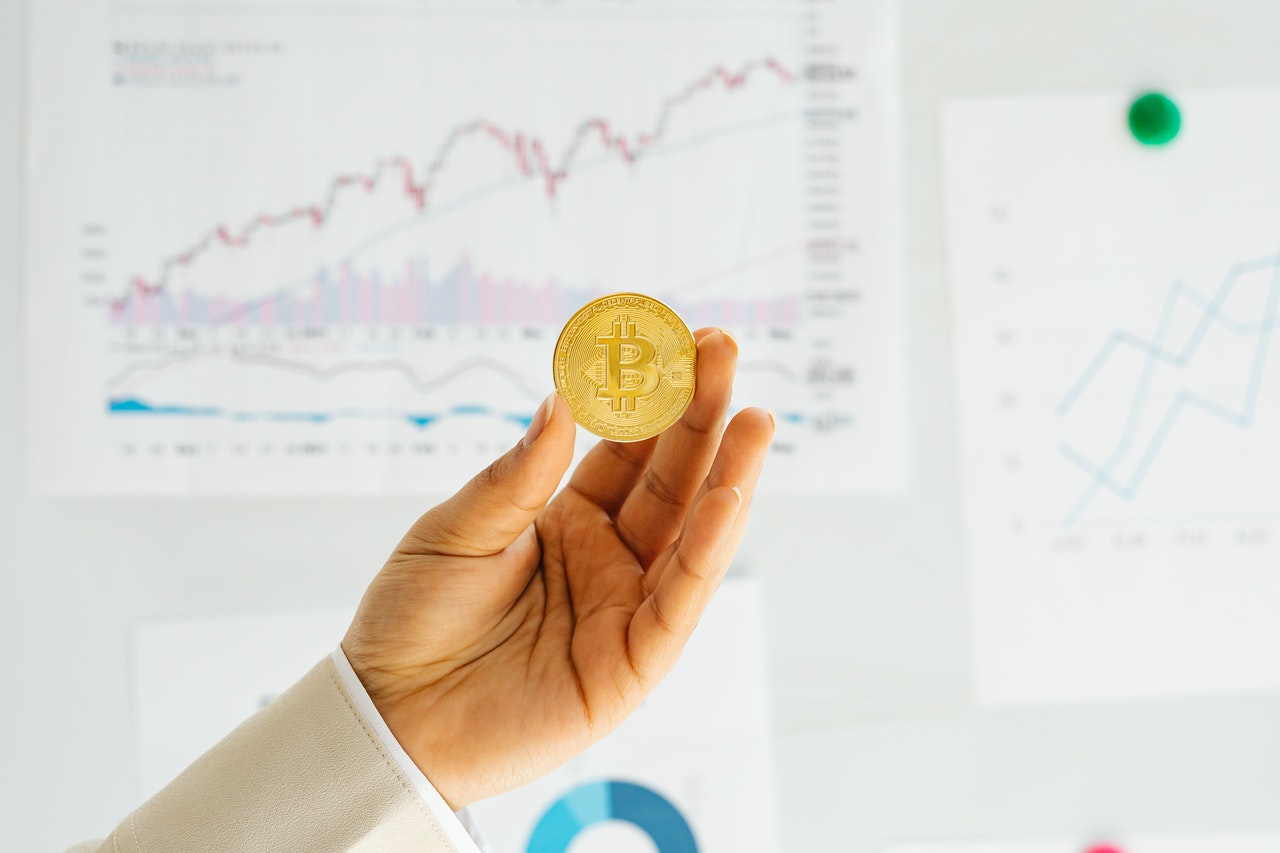 In this week’s news roundup, we will cover the recent drop in the price of bitcoin, Paxful’s new advertising in Lagos, and the upcoming CryptoLocally AMA that we will host on our Telegram group.

In an interesting twist of events, Tesla has stopped accepting bitcoin for car purchases. As a result of the announcement and the company’s reasoning, the price of bitcoin dropped below $50,000. Tesla’s stock also fell by about 1.3 percent in after-hours trading, according to an article on MarketWatch.

Bitcoin took a hit after Elon Musk tweeted his concerns over the effects of bitcoin mining on the environment. The tweet read: “Tesla has suspended vehicle purchases using bitcoin. We are concerned about rapidly increasing use of fossil fuels for bitcoin mining and transactions, especially coal, which has the worst emissions of any fuel.”

The announcement that the company was going to start accepting bitcoin payments in February affected the market positively. However, several critics did not support Tesla’s decision to embrace bitcoin, citing that the decision went against the company’s goal to safeguard the environment. This rising criticism could have pushed Tesla to its new decision.

“Cryptocurrency is a good idea on many levels, and we believe it has a promising future, but this cannot come at great cost to the environment,” Musk observed.

Tesla will, however, not sell the bitcoin it had invested. Also, the company will start accepting bitcoin as payment again when mining shifts to cleaner energy.

The rising adoption of bitcoin in Nigeria has motivated Paxful to deploy new advertising tools to attract new customers. These tools include bumper stickers and billboards.

According to the P2P platform, there are one million crypto users in Nigeria and 1.1 million monthly trades. Moreover, $100 is spent on each transaction on average, and about $65 million worth of trades are completed each month.

Paxful is also giving away $20 worth of bitcoin to lucky traders and their favourite trade partners this Eid Al-Fitr. To participate in this giveaway, you should have an ID verified account. Participants can enter the giveaway on any of the Paxful social media accounts. Simply enter both your usernames and tag a Paxful user in the comments section. The giveaway will close on May 14 at 11:59 PM EST. Paxful will announce the winners on the blog.

CryptoLocally and BitcoinAfrica.io have partnered to hold a Telegram Ask Me Anything (AMA) session on Monday at 2 PM East African Time (GMT +3 hours). The purpose of the AMA is to help crypto users and enthusiasts in Africa to learn more about CryptoLocally.

If you are looking for a P2P platform, join us on Monday for a friendly and informative session with CryptoLocally. Group members will have a chance to ask questions as well. Use this invite link https://t.me/BitcoinAfricaioCo to join our Telegram group ahead of the Monday AMA. 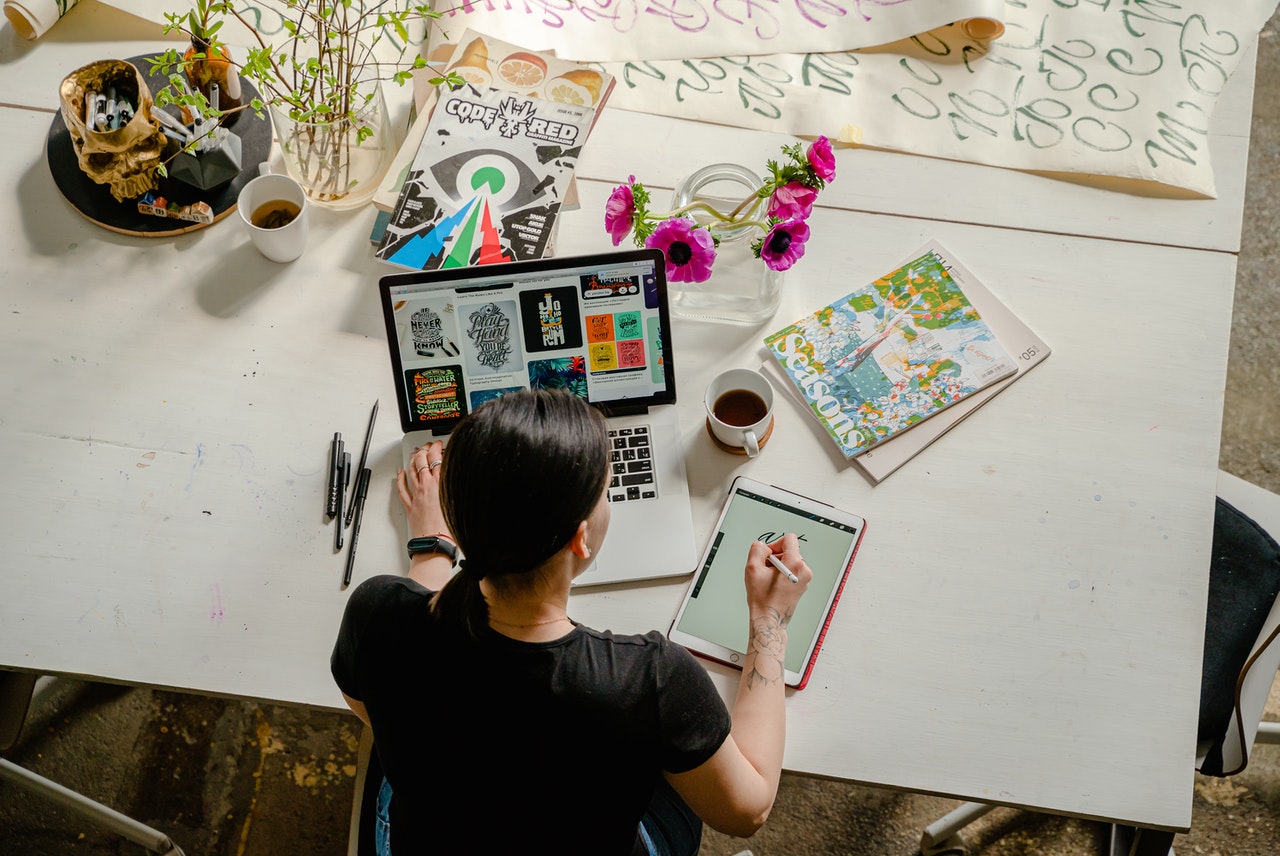 In this week’s news roundup, we will cover the new partnership between Bitzlato and Lemonade Finance and other top crypto stories.

Bitzlato, a peer-to-peer (P2P) crypto exchange and a new entrant in the African market, has added Lemonade Finance as a payment method. The partnership will enable users to buy and sell crypto on the platform at zero fees.

Furthermore, Nigerian users can now send Naira to MPesa at zero cost. They can also send local currency to users in Ghana and other countries at no cost.

“This partnership will provide a much-needed gateway that enables the markets we serve to seamlessly interact with each other in a borderless and open environment. We seek to break the barriers that presently exist for cross-border transfers and enable our users to generate value through the opportunities that accrue from cryptocurrency trading,” said Mike Lunov, the CEO of Bitzlato.

Lemonade Finance is a payment platform that facilitates borderless payments within and outside Africa.

The first government-backed NFT initiative in Africa, AFEN, has partnered with crypto exchange Quidax. The collaboration will allow AFEN to list its token on the exchange.

The AFEN initiative wants to use blockchain technology to revolutionise opportunities in Africa with a focus on arts, education, and real estate. AFEN is using Binance Smart Chain (BSC) for its project.

“We will have the exclusive right to mint legacy African arts upon the launch of our NFT marketplace, adding value to Africa’s art. The $Afen token will be used for transactions on the NFT marketplace. We will release a new roadmap that will include the development stages of its NFT platform as well as extensive tokenomics,” the company recently said.

According to PayPal CEO Dan Schulman, the demand for crypto on the platform has exceeded their expectations. The payment platform announced the buy and sell crypto service in October 2020. The service became available in November 2020.

“Demand on the crypto side has been multiple-fold to what we initially expected. There is a lot of excitement,” he told TIME Magazine.

He also said that in ten years, the use of cash and credit cards will go down because financial transactions will be taking place through smartphones.

“When all of those things start to happen, then central banks need to rethink monetary policy as well because you cannot just issue more paper money into the system because people are not using paper money,” Schulman explained.