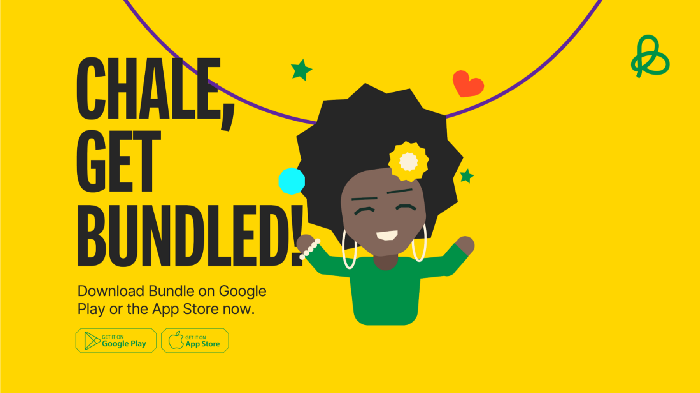 In this week’s news roundup, you will learn about the crypto masterclass that Binance Kenya has planned, the launch of Bundle Africa in Ghana, and Binance’s acceptance of Ghanaian cedi (GHS) deposits.

Bundle Africa has launched in Ghana. That means that Ghanaians can use the Bundle app to buy and sell crypto using the cedi. Also, users can send, receive, and request cryptocurrencies.

“We are super-excited to finally bring Bundle to Ghana. I believe the country has immense potential for crypto adoption. Ghana is the right environment for Bundle to thrive,” said CEO and Founder Yele Bademosi.

The launch is part of the company’s plan to expand to other parts of Africa before the end of 2020. With the Bundle app, Ghanaians can store and trade bitcoin, ether, binance US dollars (BUSD), bitcoin cash, litecoin, chainlink, binance coin, and tron.

Bundle is not the only digital asset exchange to enter the Ghanaian market. Crypto behemoth Binance also announced that is now officially in Ghana through its acceptance of deposits in cedi (GHS).

Users are now able to deposit Ghanaian Cedi (GHS) via mobile money into their Binance wallet and buy crypto, providing a new and competitive fiat gateway for Ghana.

After depositing funds to Binance, users will be able to buy BTC, BUSD, ETH, and BNB with GHS, Binance explained in an announcement.

Binance Kenya has announced a crypto masterclass that will take place on 27 November 2020.

The online masterclass aims to teach learners the fundamentals of cryptocurrencies. If you join the Zoom webinar, you will also learn how to purchase and sell crypto using the Kenyan Shilling.

The two-hour crypto masterclass will start at 5 PM, EAT. You can sign up for the event here. The webinar is ideal for crypto beginners or anyone that wants to start trading cryptocurrencies.

The Chainlink Community Grant Program has awarded a grant to a Kenyan blockchain project. The project is a joint initiative of ACRE Africa and Etherisc. The two companies plan to create a decentralised insurance protocol that will offer blockchain-based crop insurance solutions. The project will protect up to 250,000 small scale farmers in Kenya from the impact of climate change over the next three years.

ACRE Africa CEO George Kuria said: “We are excited to be able to further our work with farmers in East Africa by receiving support through the Chainlink Community grant to help build out and implement a more reliable and cost-effective model for crop insurance with the collaboration of Etherisc.”

The grant will fund the technical and research aspects of the project. The technical aspects include developing smart contracts and a user-friendly insurance solution. On the other hand, the research aspect entails investigating the economics of crop insurance in several African regions, assessing weather patterns, and plant and soil biology. A study by IG has revealed that female traders are succeeding at trading bitcoin and other commodities more than their male counterparts.

No Longer a Boy’s Club

In the early years of bitcoin’s rise in popularity, men showed higher interest than women in it. The cryptocurrency was associated with complexity, risk, and illegal activities as there was no official government regulation to support its public use. The occurrence of scams over the years worsened things for potential investors as there was little to bring assurance of sustainable investment in bitcoin.

Today, however, you will be hard-pressed to find (virtual) blockchain conferences and meetups, digital asset startups, and blockchain projects without a female presence.

An increase in crypto education and female-led blockchain initiatives have been the main drivers for more women to join the industry.

What The Numbers Say

According to an analysis conducted by UK-based CFD trading platform IG, there was a 43% increase in the number of women in the cryptocurrency industry in the first quarter of 2020. Most notably, in Greece, the growth was at about 164%. This growth reflects on both technical and non-technical users who tend to be millennials.

It is great to note that more women are part of this industry. More notably, they are succeeding at trading.

An exclusive IG study followed male and female traders for over a year to compare their behavior in trading bitcoin and other commodities like crude oil and gold.

The table below shows the success rate of male and female traders:

As per preference by different generations, gold carried the highest ranking, followed by bitcoin, brent crude oil, and silver at the least of the four. Gen X prefers bitcoin the most, at 24.55%, slightly more than millennials at 24.45%. Gen Z and baby boomers showed a lower preference for bitcoin at 23.25% and 20.41% respectively. 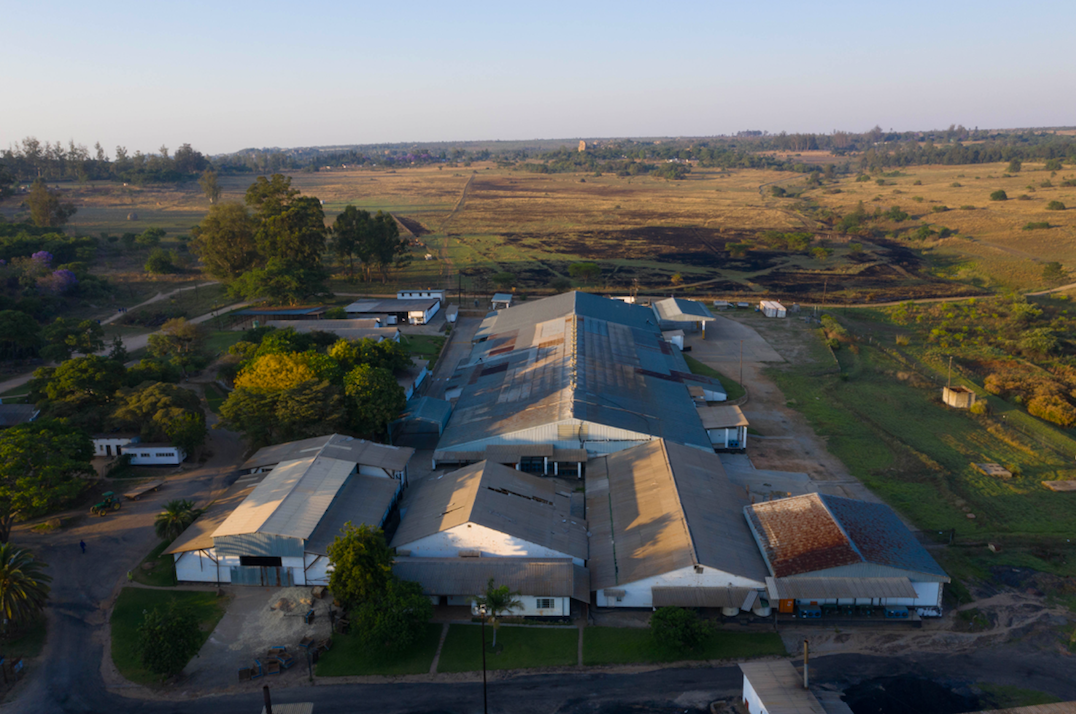 South African startup, The Sun Exchange, has announced its Sub-Saharan Africa expansion with a 1.9 MW Solar-Storage Project for Nhimbe Fresh in Zimbabwe.

What is Sun Exchange?

Sun Exchange is the world’s first peer-to-peer solar leasing platform. Its members can buy and lease solar cells to communities near them, earning from the clean energy they create. Abraham Cambridge and Larry Temlock founded the company in 2015 to connect the world to the sun.

Access to affordable energy is a vital driver of sustainable agriculture, which employs 52% of Africans. The sector contributes to 23% of Sub-Saharan Africa’s GDP.

Users who buy solar cells lease them to facilities such as schools and hospitals under a 20-year contract.

The platform tracks local energy pricing and inflation. Additionally, it offers a clean and affordable alternative to generators, grid connections, and other conventional sources.

The Sun Exchange addresses one of the key problems in agriculture: access to financing for clean energy.

The Sun Exchange’s 19,000 members can earn rental income from the clean energy they generate and offset their carbon footprint. 35 South African schools and institutions benefit from the project, with others in line as the company successfully raised a Series A $4 million in June.

Nhimbe Fresh is a major agricultural fresh produce exporter in Zimbabwe. Its partnership with The Sun Exchange is set to launch a crowdsale for the first phase of a 1.9 megawatt (MW) solar and storage project. This will be the largest project of its kind yet and first beyond South Africa’s borders. It will supply power to the Nhimbe Fresh packhouse, cold store facilities, pump sites, and to its Churchill Farm.

Nhimbe Fresh is keen on doing business sustainably and with environmental responsibility. This partnership aligns with its vision to pursue a greater purpose in serving its communities and recognising its interdependence with the environment. It will certainly minimise their climate impact, energy costs while increasing their resilience and business efficiency, according to the Chairman, Edwin Masimba Moyo.

Nhimbe Fresh will operate on solar energy entirely, which will save hundreds of thousands of dollars annually. Moreover, the solar cells will be leased at a fixed price pegged to the dollar, to hedge against currency fluctuation, which would be a key concern for a project of this magnitude in Zimbabwe. 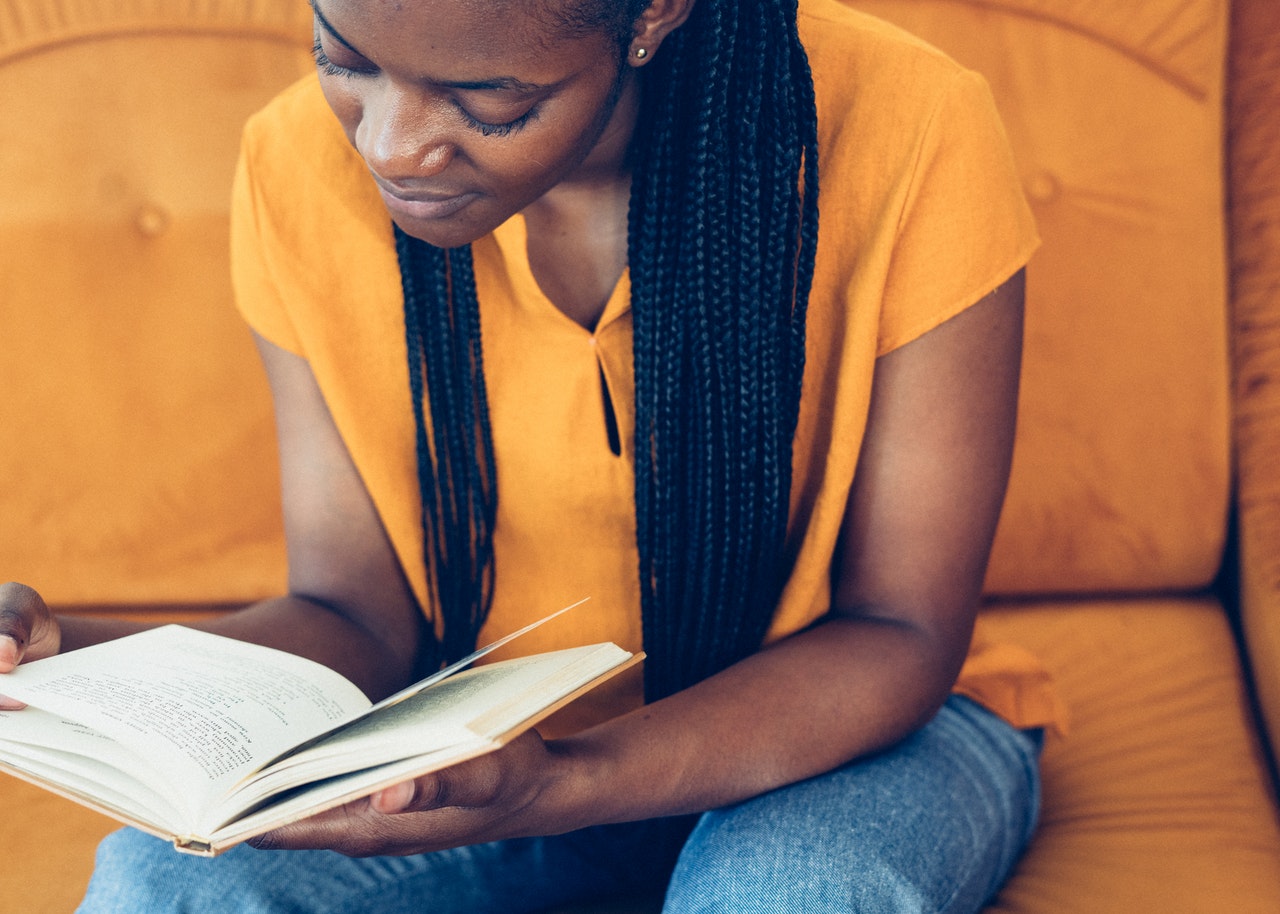 Each week, we strive to publish the top crypto and blockchain news in Africa. This week, we reveal that Malawi’s Reserve Bank is reviewing the use of crypto, and cover the release of a blockchain book in Swahili, among other stories.

Malawi’s Reserve Bank is Reviewing the Use of Crypto

The Reserve Bank of Malawi (RBM) is reviewing the use of cryptocurrencies in the nation. According to the bank’s secretary, George Chioza, the bank is considering the way forward and will soon come to a decision.

“At the moment, Malawi is really on the borderline. We have not said yes or no, but we know about cryptocurrencies. Take caution when you are dealing in these currencies,” he said.

RBM had earlier warned citizens not to consider cryptocurrencies as legal substitutes for the local currency. Moreover, the bank had said that it does not approve or recognise any outbound or inbound foreign investment in cryptocurrencies.

According to a tweet by CryptoSavannah, Sandra Chogo and the Tanzanian blockchain team have written a book explaining blockchain technology in Swahili. The team behind the book ‘Jielimishe Kuhusu Blockchain‘ will release it soon.

The book aims to provide readers with knowledge about the blockchain and enable them to contribute their thoughts to regulatory proposals in their respective countries.

Sandra Chogo is a blockchain and crypto educator from Tanzania. Furthermore, she is a financial auditor and an advocate of other fourth industrial revolution technologies.

Paxful has partnered with tech startup Uhuru to add another payment method to its peer-to-peer marketplace. That means that Paxful traders can use the Uhuru digital wallet as a payment method when buying and selling crypto.

“This is the perfect opportunity to partner with local talent. […] By joining forces with Uhuru, we can unlock more options for our African users, many of whom are held back by restrictions of traditional financial systems,” Paxful CEO Ray Youssef said.

The Uhuru digital wallet is a WhatsApp based wallet built on the Stellar blockchain. It allows users to pay for products like airtime, DStv, and electricity. Users can also cash in and out of the wallet.

Uhuru’s Business Development Officer Reginald Tsvetu asserted: “We are thrilled to be able to partner with a leading international marketplace like Paxful. Uhuru is a product for Africans by Africans, and we share Paxful’s vision of greater financial inclusion. We look forward to working with them to include more Africans in the global economy.”

The company has offices in Johannesburg and Harare.

Blockchain network, Telokanda, is working with Telos blockchain to collect weather data in West Africa through a pilot project. The project is using weather balloons with sensors to collect wind speeds, atmospheric pressure, and temperature. The sensor transmits the data to the Telos blockchain where it is safely stored.

Telokanda uses this data to warn first responders of potentially dangerous weather twelve hours in advance. The data is also accessible to the public.

Speaking about the pilot project to Cointelegraph, Telokanda Founder Nicolas Lopez said the data they collect is not only important to the local people but also the US.

“The lack of weather information in Africa has powerful negative effects on the local population. […] This is also a global challenge, as the lack of data in Africa limits meteorological predictions in the Atlantic and beyond,” said the Chief Architect of Telos, Douglas Horn.