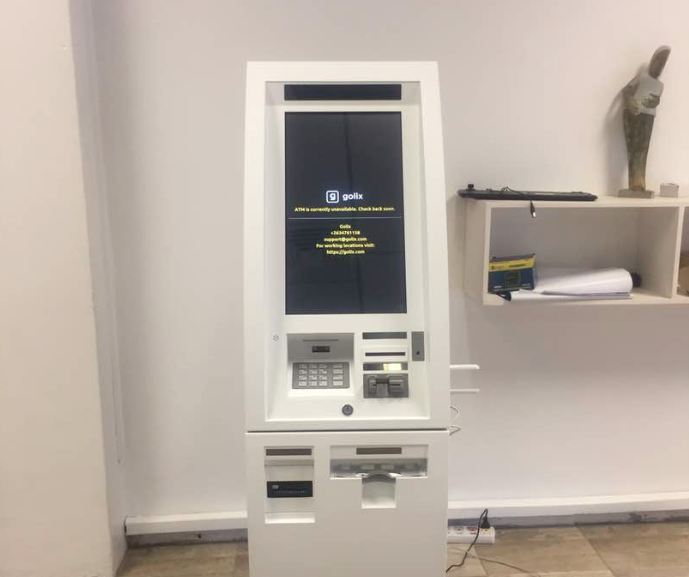 Golix, Zimbabwe’s first and largest cryptocurrencies exchange, has broken new ground once again by acquiring the country’s first ever Bitcoin ATM, which comes loaded with hard US dollars.

The machine – which was activated earlier this week – allows anyone to buy and sell bitcoin at favourable rates using the greenback. It is the only ATM in Zimbabwe dispensing US dollars to customers selling bitcoin. Through an easy-to-use interface, it provides tech and cryptocurrency newbies a simple way to buy bitcoin. It has been placed in Golix’s Customer Support offices which are located along First Street Harare – one of the busiest streets in the capital city’s business centre.

Thanks to Golix’s ATM, Zimbabwe joins an elite score of fewer than 70 countries around the world that have introduced the machines which provide convenience to customers, especially first time users of cryptocurrencies and the unbanked without access to digital funds. The development is not only significant for Golix but also for Zimbabwe.

Just a decade ago the Southern African country recorded the highest rates of hyperinflation in modern history, turning virtually every citizen into a trillionaire and rendering normal banking services like ATM withdrawals pointless. The adoption of a foreign currency system in 2009 halted the effects of inflation, but in the past two years, the country has suffered from a new problem altogether. A cash crisis has gripped the formal financial system, resulting in unending bank queues and leaving the country’s 472 ATMs network useless.

As such the Bitcoin ATM serves to be a financial game changer in a country that has no fiat currency of its own. In the same way that customers insert a card into a traditional ATM, the Bitcoin ATM allows customers to insert US dollars which are converted to the volume of bitcoins that they want to buy. The ATM then sends the bitcoins straight to the customer’s wallet. Customers who purchase bitcoins without a bitcoin wallet have the option to generate a bitcoin address.

Golix product manager, Yeukai Kusangaya, said that the bitcoin ATM was one of the many products lined up to ensure that the public has easy access to bitcoins. “After realising that the public is still struggling to understand or in some cases access bitcoin, we felt that the bitcoin ATM would be a huge and necessary step towards engaging people on how they can use cryptocurrencies for their daily business.

“For anyone who has used a traditional ATM, they won’t struggle to find their steps when they are using the Bitcoin ATM,” said Kusangaya. Also weighing in, Golix CEO, Tawanda Kembo said that this is the only ATM in the country with cash.

“Gone are the days when the only means of making an international payment was first buying cash on the parallel market and then driving all the way to Zambia to pay a supplier. This bitcoin ATM moves us one step closer to achieving our mission of giving every person in Africa financial autonomy,” said Kembo.

Related Topics:Bitcoin ATMgolix
Up Next The right to privacy and anonymity of the online community and within the norms of our daily routines as human beings is a virtue that has been inevitable for decades but ignored in essence by the majority of countries and governments around the globe.

The concept of blockchain & cryptocurrencies came forth on the rides of online transactional anonymity and financial defiance to authority which became popular because their programmers touted them as being private and secured. It has, however, emerged that they are not and that transactions undertaken using crypto can be traced and monitored by lurking snoopers.

Over time, with the increased government scrutiny and unwanted invasion by phishers, users now realize that the cryptocurrency world is not as anonymous as most of them were led to believe. Leaving them in paranoia and fear of crypto transactions given the notion that a snooper(hacker/government) can head over to the blockchain ledger board and be able to analyze and monitor any transaction’s origins, destinations, and various different variables if they wish to… which defiles the sole rights to privacy as such.

PenguinX Mixer is changing all this and giving back cryptocurrency enthusiasts their security and privacy as the 1st ever cryptocurrency mixer with an in-build A.I (Artificial Intelligence) chamber designed by experienced cryptography experts to ensure the mixing modulation disengages terminal linkages of origin and destination of transactions leaving neither trace nor footprints on the blockchain, thus making the origin and destination of the cryptos completely anonymous(Invisible) to snoopers.

The entire mixing process on www.penguinxmixer.io occurs over a private bullet-proof network with end 2 end encryption making it immune to attacks and data leakage.

Our operations dwell within MP2C i.e using 2 pools where receiving and sending is always different. One pool only receives funds, the other only sends.

Equipped with fully automated A.I interface which ensures you get your clean coins immediately after mixing without delays.

Our off-Shore servers are impenetrable and are placed in unique data centers hence rendering their systems and operation immune to all sorts of attacks.

Cryptos mixed through our website cannot be listed by blockchain analysis or other forms of research. As a result, all mixed coins are protected and untraceable.

Step 1: Select the Crypto-Currency you want to mix

We are neither associated nor involved in the promotion of criminal activities, but merely providing a solution that protects the privacy and identity of crypto transactions, and bringing a new phase where crypto holders/users can transact at ease without worrying about someone monitoring their every move, and activities on the blockchain.

“Not everyone who mixes cryptocurrency is a criminal, some people simply crave for privacy to that extent.” – Clerk, CEO of PenguinX Mixer

More details about cryptocurrency mixing and the PenguinX Mixer platform can be gathered through their official website. 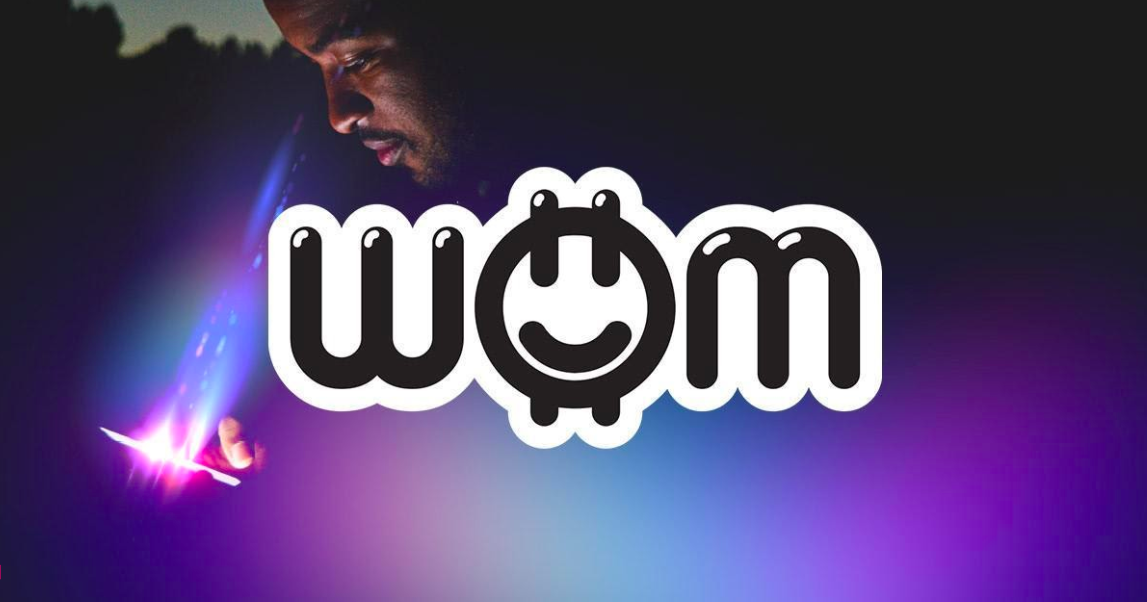 The WOM Protocol team recently launched the Africa community in order to aid the fast adoption of the project’s unique blockchain solution.

Africa is one of the fastest cryptocurrency adopters, specifically in the western, eastern, and southern parts of the continent.

WOM is building a blockchain-based Protocol that gives brands, content creators, publishers, and social networks a way to monetize word-of-mouth recommendations on any app or platform. WOM does this without anyone central party exclusively profiting from the collective value created

More than 95% of undergraduates use smartphones to take pictures, record videos, and upload them on their social media platforms without earning anything–rather they just waste their data packages.

With WOM Protocol, creators have the opportunity to download the YEAY app, register, create videos, and earn some WOM Tokens which they can exchange for cash. They will see this as a big opportunity to earn from what they like doing. 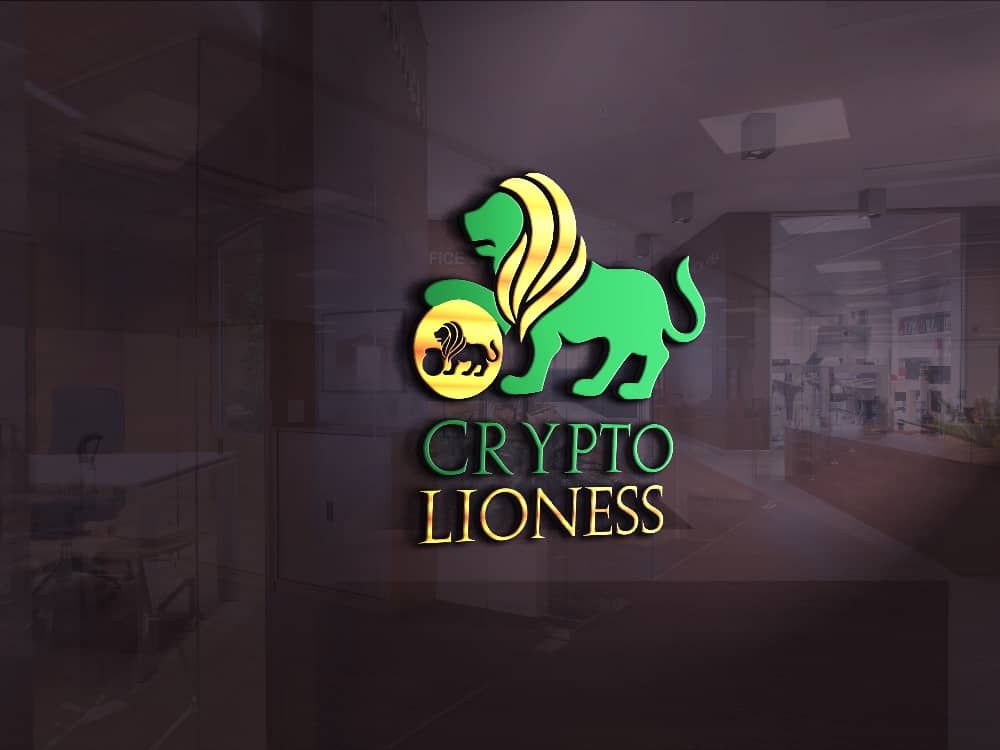 Is crypto trading just for men?

The ratio of Crypto traders globally tilts towards the men and it looks like crypto trading is reserved for them. However, do you know that you can make a fortune from the comfort of your home trading crypto as a lady?

Maybe you think you don’t have what it takes to trade crypto or you are not good enough?

Crypto Lioness is a platform by Blockchain African Ladies that will empower you with the digital skills needed to trade in digital assets.

Learn how to create a digital asset wallet like Bitcoin, know how to daily trade altcoins, participate in Airdrops and Global Market pumps.

Imagine trading cryptos with simplicity while you are 100% in charge.

There is so much to do with digital assets by being part of the highs and lows in the crypto market. With Crypto Lioness, you can trade and get useful digital skills.

This forum is created for all women of colour. However, we want to also remind you that trading digital assets is risky and there is no 100% profit guarantee. But with our guilds, you can take and manage calculated risk while trading as you wish.

With Crypto Lioness, crypto trading is made simpler for the average woman.

JOIN FORUM HERE BY CLICKING THE LINK IF YOU ARE A DETERMINED WOMAN AND WAN TO BE PART OF THE LAUNCH: https:/bit.ly/2ya2si8