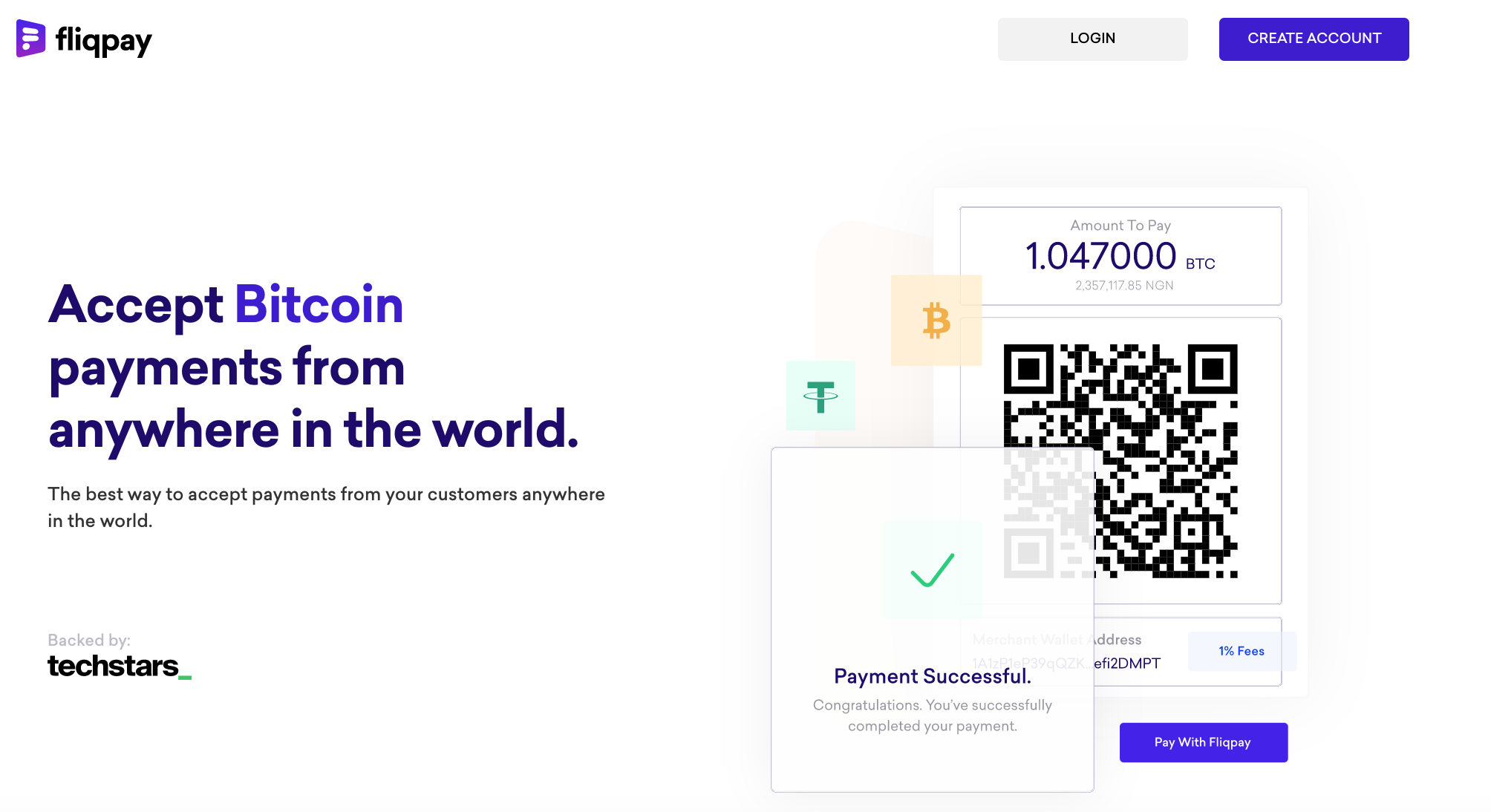 Cryptocurrencies have received increasing interest from different corners of the world, but one question that often remains unanswered is what can people do with cryptocurrencies? Fliqpay answers this question via its cryptocurrency payment gateway- as its solution allows businesses to accept cryptocurrency as payment for their products or services.

Fliqpay’s solution is interesting because it eliminates the concern of price fluctuation that many businesses have with receiving payment in Bitcoin and other cryptocurrencies. These businesses are settled in their local currency instantly. Its solution also cuts regular transaction fees by about 60% and offers zero chargebacks.

With the launch of its payment gateway, businesses in Africa can integrate Fliqpay’s API and accept cryptocurrencies as payment. Available cryptocurrencies that businesses can accept include; Bitcoin, US Dollar Tether (USDT), Ethereum, Litecoin, and Ripple’s XRP.

According to the Chief Executive Officer of Fliqpay, Wole Ayodele, “our solution is aimed at helping African businesses to expand where they can do business. From the entrepreneur that makes handmade Ankara bags in Lagos, Nigeria to the freelance graphics designer in Mombasa, Kenya, we view ourselves as a facilitator in driving business growth for African entrepreneurs and companies.”

Prior to its public launch, Fliqpay had done over $12m in transaction volume.

Fliqpay is part of the Techstars network and was recently one of 10 startups to receive $1.2 million in seed funding from the American startup accelerator.

Fliqpay recently also announced a partnership with a blockchain company, Conflux. The partnership would allow Fliqpay to leverage Conflux’s state of the art blockchain to ensure faster payment processing. As well as a cheaper settlement for cross-border transactions.

Fliqpay also offers a cross border payment solution that allows financial institutions to send and receive value from anywhere in the world instantly. For its cryptocurrency payment gateway, Fliqpay has payout capabilities in over 15 African countries including Nigeria, Ghana, South Africa, Kenya, Uganda as well as francophone countries in West African CFA.

This year, Fliqpay became a Techstars alumni. Techstars is a seed accelerator that helps startups succeed. Fliqpay was founded in 2019 and has done over $14 million in transaction volume. Fliqpay is based in Toronto, Canada, and Lagos, Nigeria.

Related Topics:bitcoinFliqpaynigeriaPayments Gateway
Up Next

Blockchain: the Rise of Decentralized Economy

PixelPlex, a custom software development company with a focus on blockchain technology, has recently launched its blockchain-based document management software that is called DocFlow.

DocFlow, the solution that was built on Hyperledger, is able to digitise the entire paperwork process. It’s based on advanced smart contract mechanisms that guarantee data security and authenticity. Thanks to this ingenious project, users will be able to skip time-consuming document processing routines, exclude all intermediaries, save valued resources via zero transaction fees, and protect data at all levels through multi-tier role-based and coded access.

The developers at PixelPlex point out that DocFlow’s infrastructure is not that complex. It consists of Web UI for administrators, database on the back-end and a blockchain network, secure API gateway for data access as well as user interface for document storage and access. This business document management system is universal and comes in really handy when dealing with the issues around electronic file turnaround.

DocFlow can be seamlessly integrated, safely used, and accessed from anywhere on any device. Apart from this, it complies with GDPR at all times, has a transparent doc history through time-stamped blocks, rules out fraud via built-in proof of origin techniques, safeguards and decentralises your data storage with distributed ledger tech, automates document processing, issuance, and retrieval.

PixelPlex blockchain-based document management software will correspond to the requirements of almost all enterprises. Among them, there are such industries as Supply Chain, Healthcare, Real Estate, Telecommunications, eCommerce, Energy and Utilities, Engineering and Construction, Accounting, Finance, Legal, and Insurance.

A blockchain provider with 7+ years of experience and 50+ successfully completed blockchain projects. They power their DLT products with AI, IoT, and cybersecurity advances. Learn more at www.pixelplex.io.

Disclaimer: This is a paid press release. Readers should do their own due diligence before taking any actions related to any company, product, or service mentioned in this article. BitcoinAfrica.io is not responsible, directly or indirectly, for any loss or damage caused by or in connection with the use of or reliance on any content, product, or service mentioned in this press release. 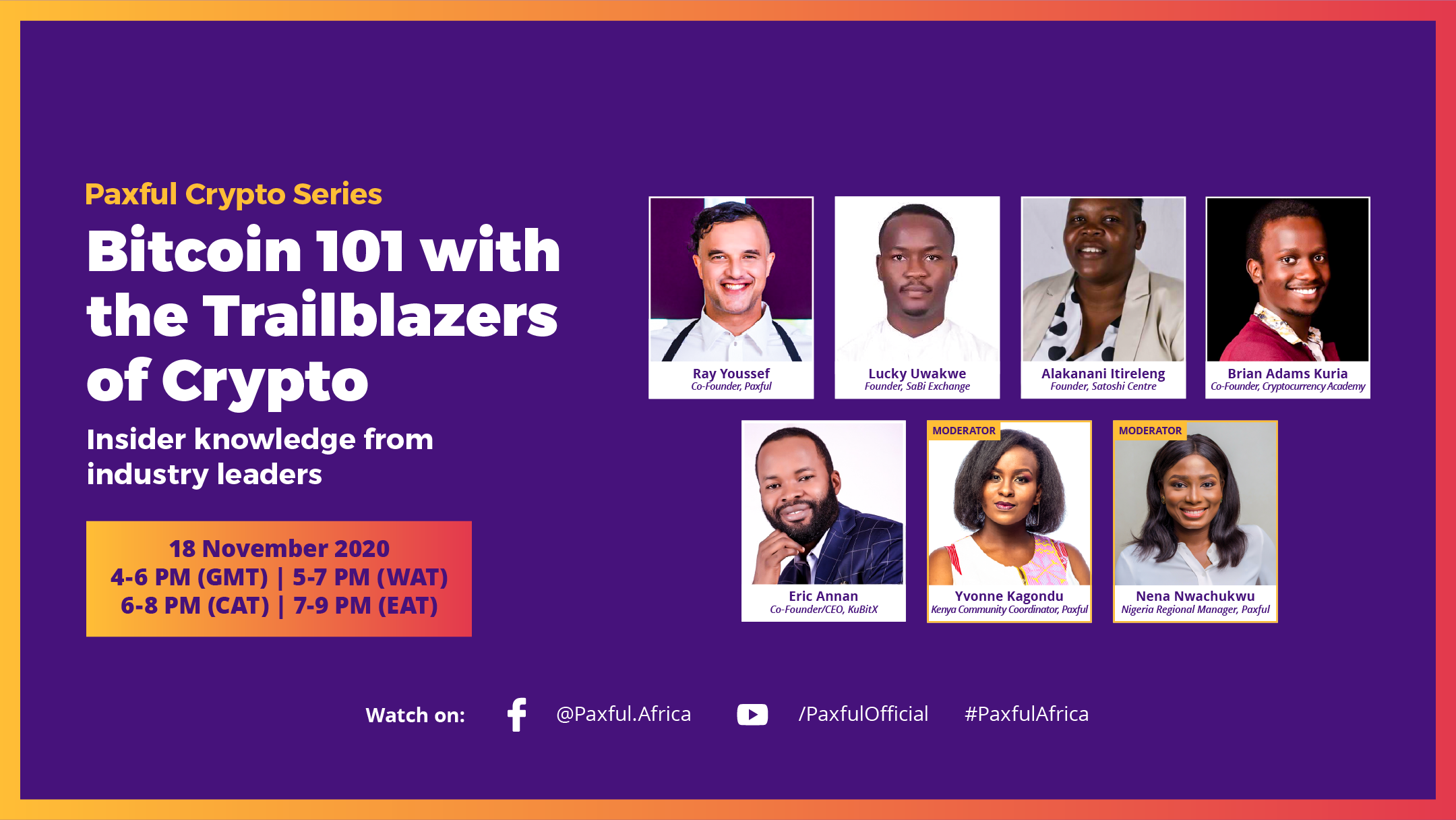 Learn the ropes of Bitcoin entrepreneurship with a chance to participate in a $1,000 giveaway

November 17th, 2020 – Paxful, one of the largest peer-to-peer cryptocurrency marketplaces in the world, will host a Bitcoin 101 Pan African Webinar, alongside renowned industry leaders, to teach the ropes of crypto entrepreneurship. The Webinar is part of Paxful’s ongoing educational efforts in Africa, aiming to share knowledge about safe and effective Bitcoin trading while inspiring locals to become their own boss through crypto.

“Africa is Paxful’s leading market which has endless potential for crypto adoption. The ambition of African youth and their ability to embrace new technologies is what drives the nation forward. Africa will soon be in the pilot seat of the crypto renaissance not just on the continent, but worldwide” says Ray Youssef, CEO and co-founder of Paxful.

The webinar is split into two parts; the first hour is all about the fundamentals of Bitcoin first-hand from the founders and CEOs of five leading crypto companies. The second hour of the webinar discovers how to build a successful trading business on Paxful. The highlight of the event is the chance to participate in the 1-on-1 mentorship program by Modibe Matsepane, Paxful’s Africa Community Coordinator, and Crypto enthusiast. Sign up during the webinar as one lucky attendee will be randomly selected to receive private mentorship, while others will be added to an exclusive channel for insider trading tips.

“Paxful is thrilled to collaborate with the industry leaders in the country – it’s crucial we work together to build a long-lasting crypto ecosystem in Africa. We’re happy our partners share a common goal of financial inclusivity and hope to help more Africans take control of their money” says Tugba Abadan, Head of Africa & Middle East for Paxful.

To celebrate the event, Paxful will be giving away a total of $1,000 worth of Bitcoin throughout the webinar. Prizes can be won even before the webinar commences, so make sure to visit Paxful Blog for more information.

Session 1: Bitcoin 101 with the Trailblazers of Crypto, Insider knowledge from industry leaders

Session 2: Build a Lucrative Business by Trading on Paxful

Paxful is a people-powered marketplace for money transfers with anyone, anywhere, at any time. Their mission is to empower the forgotten four billion unbanked and underbanked around the world to have control of their money using peer-to-peer transactions. The company has over 4.5 million users globally who you can instantly buy and sell Bitcoin (BTC) and Tether (USDT) with over 300 different payment methods.

As part of their mission, Paxful launched #BuiltWithBitcoin, a social good initiative to build 100 schools funded entirely by bitcoin all across emerging markets. Paxful was co-founded in 2015 by Ray Youssef, Chief Executive Officer, and Artur Schaback, Chief Product Officer.

Disclaimer: This is a press release. Readers should do their own due diligence before taking any actions related to any company, product, or service mentioned in this article. BitcoinAfrica.io is not responsible, directly or indirectly, for any loss or damage caused by or in connection with the use of or reliance on any content, product, or service mentioned in this press release.

YFIII: the Favourable Investment Opportunity for the Last Quarter of 2020 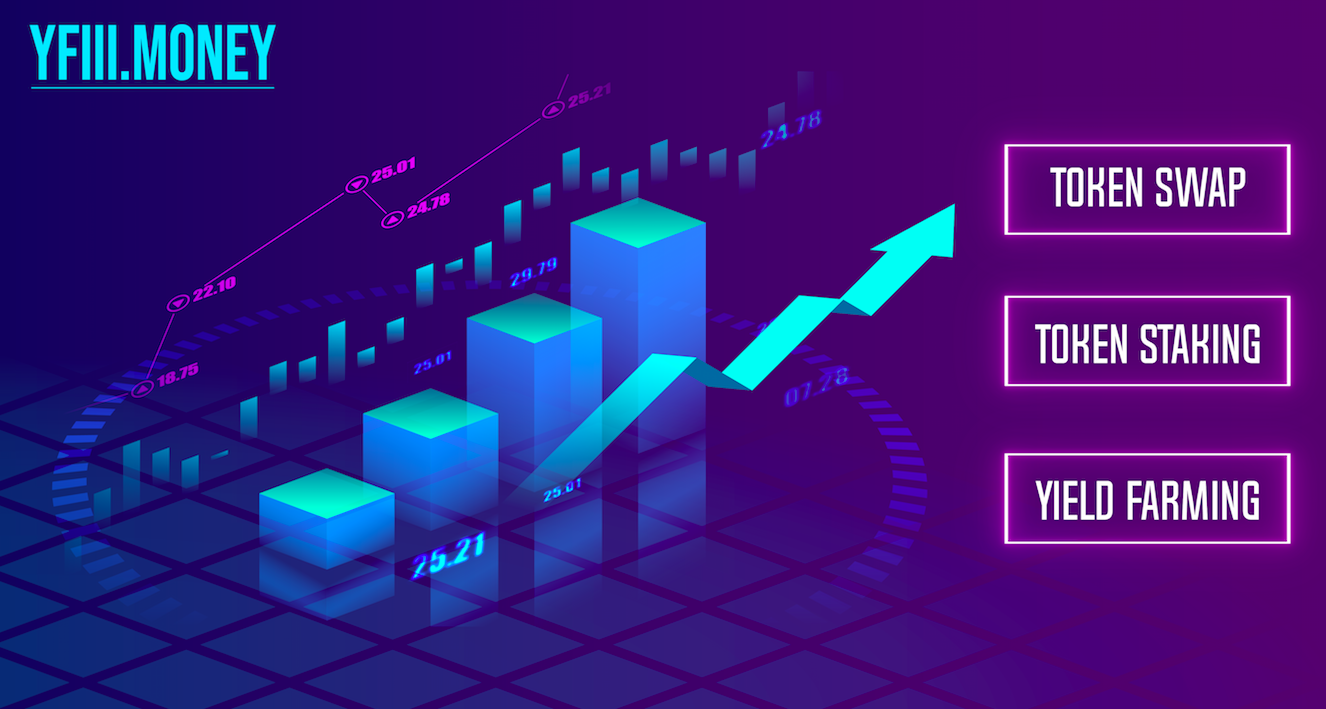 In the wake of the global economy, investors all over the world are seeking for their interest in making a profit in a safe and effective way. In the crypto world, that hope is likely viable with good profit and trustworthy projects created upon hi-tech platforms. YFIII is one of those projects, which is getting more and more attention from investors.

YFIII is a decentralized finance platform that allows users to perform a host of functions such as trading and aggregated liquidity. Moreover, it also is the first platform to integrate Uniswap SDK and staking on-chain.

Since release time on Sep 13, 2020, the YFIII project has gained large support from the global community. The number of group members has increased massively by 2000 members a month.

Currently, investors can simply buy or sell YFIII tokens on Uniswap, Indoex, and will be soon on some other exchanges namely: Probit, OKEx, Huobi,… The project is also preparing the last progress for Coingecko and CMC listing.

YFIII’s price has raised up to 380% per day after being officially listed on Uniswap on September 13th, 2020 – a very impressive figure. Having said that, by the well-thought plan and a clear orientation of the YFIII team, this project completely is an opportunity that should not be missed.

Join with us at https://t.me/yfiii_money

Disclaimer: This is a paid press release. Readers should do their own due diligence before taking any actions related to any company, product, or service mentioned in this article. BitcoinAfrica.io is not responsible, directly or indirectly, for any loss or damage caused by or in connection with the use of or reliance on any content, product, or service mentioned in this press release.