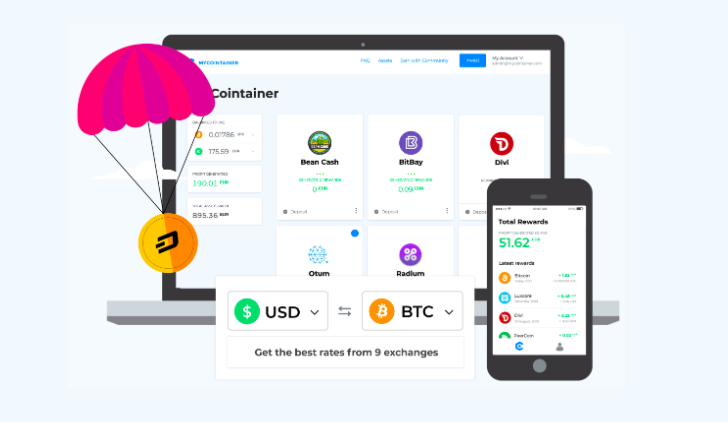 TerraBit is gearing up ahead of an upcoming hard fork in August. The hard fork will bring significant changes to the cryptocurrency. Updates expected include masternodes, desktop mining, and DAO governance.

Also, a swap is scheduled for existing users as the cryptocurrency moves to CREDIT 2.0. Ahead of this swap, TerraBit has been increasing adoption and integration of the CREDIT token.

CREDIT will be listed on MyCointainer, a cryptocurrency wallet, and staking platform. CREDIT will join other currencies like BNB, WAVES, BAT, and BTC on the MyCointainer platform. This addition will allow MyCointainer users to store CREDIT and stake the token. Recently, other platforms have been adding support for CREDIT.

Bitforex and Catex are the latest to list CREDIT with a CREDIT/USDT trading pair available for traders. At the time of writing, CREDIT is trading with a 24hr trading volume of $40,970 and a market cap of $325,225. The coin has a maximum supply of over 70 billion coins.

The number of coins in circulation will decrease drastically after the swap. The swap will exchange old CREDIT for newly minted at a ratio of 1000:1. This means that for every 1000 coins that exist now, only 1 will exist after the swap.

The TerraBit team is hopeful that the decrease in supply will cause an appreciation in price. The team expects the sharp decline in supply will leverage existing demand to create a dynamic that increases the value of coins.

Further, masternodes will require a collateral of 50,000 CREDIT, locking more funds away from active circulating supply.

TerraBit continues to provide cryptocurrency payment services for users in South Africa, Nigeria, and Venezuela. Users in these countries can buy cryptocurrencies directly with FIAT on the Terra mobile app.

Also, TerraBit allows users to earn passive income through web staking and masternodes after the hardfork. 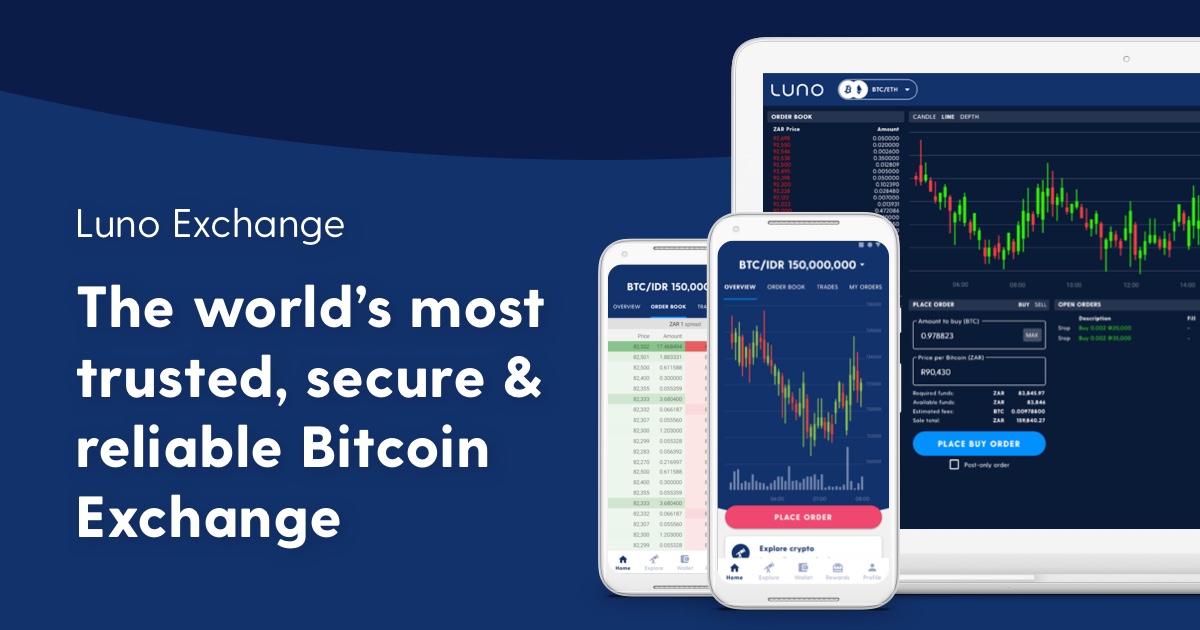 Luno users in South Africa have been increasing exponentially, indicating the exchange’s popularity in the country. To learn more about this story and others, keep reading.

Luno Users in SA Increased by Almost 1M in 2020

In 2020, almost one million new South African users registered on Luno. The exchange also processed volumes of over $3 billion in the country that year. In 2021, the exchange has recorded more than 250,000 new users from South Africa.

According to data from Luno, the average Luno user had more than $7,000 in their wallet on January 25, 2021, a 56 percent increase from December 30, 2020. Moreover, South African crypto investors are relatively young. About 40 percent are 29 years old or below. 65 percent of the users are male while 35 percent are female. “A three-month average reveals that more than 145,000 South Africans installed the Luno app each month from November 2020 – January 2021,” Luno announced recently.

The exchange notes that it has experienced significant growth since Digital Currency Group (DCG) acquired it in September 2020.

“South Africans are definitely curious about crypto. Google Trends has South Africa as among the highest in the world for interest in #Bitcoin – fourth behind Nigeria, Austria, and Switzerland. Searches for #Bitcoin peaked in the first week of January this year,” said Marius Reitz, the General Manager of Luno Africa. “While regulation generally tends to lag behind innovation, regulators in South Africa have shown a great willingness to engage with the community and work towards pragmatic regulation.”

Luno has more than seven million users in over 40 countries.

Bitcoin Trade Namibia Onboards Over 80 Percent of Orders on LN

In a recent tweet, Bitcoin Trade Namibia has announced that it is delivering more than 80 percent of its orders to and from users via the Lightning Network.

The exchange allows its users to buy and sell bitcoin with Namibian Dollar (NAD) and the South African Rand (ZAR). Also, the crypto exchange does not store bitcoin wallets, addresses, or bitcoin on its servers.

The Lightning Network (LN) is a second layer on top of the Bitcoin blockchain that aims to make transactions instant and cheaper. LN also wants to scale the number of transactions the network can handle to millions and billions per second.

American-Senegalese singer Akon launched a non-fungible token (NFT) marketplace, AkoinNFT. The marketplace, which aims to empower artists and brands, will be involved in “the creation, design, minting, and distribution of NFTs.”

“We believe in artists of all talents. We support artists for we are artists and there is never been a better time to put the power back in our collective hands to create a greater connection with fans,” said Akon.

AkoinNFT has just released the first crypto art collection in collaboration with WrappedLA and Traveler Music. The pieces were available until 12 PM Pacific Time, April 15, 2021.

Akon has launched the NFT platform at a time when NFTs are booming. Other musicians like Kings of Leon and the Weeknd have also gotten in on the NFT action. 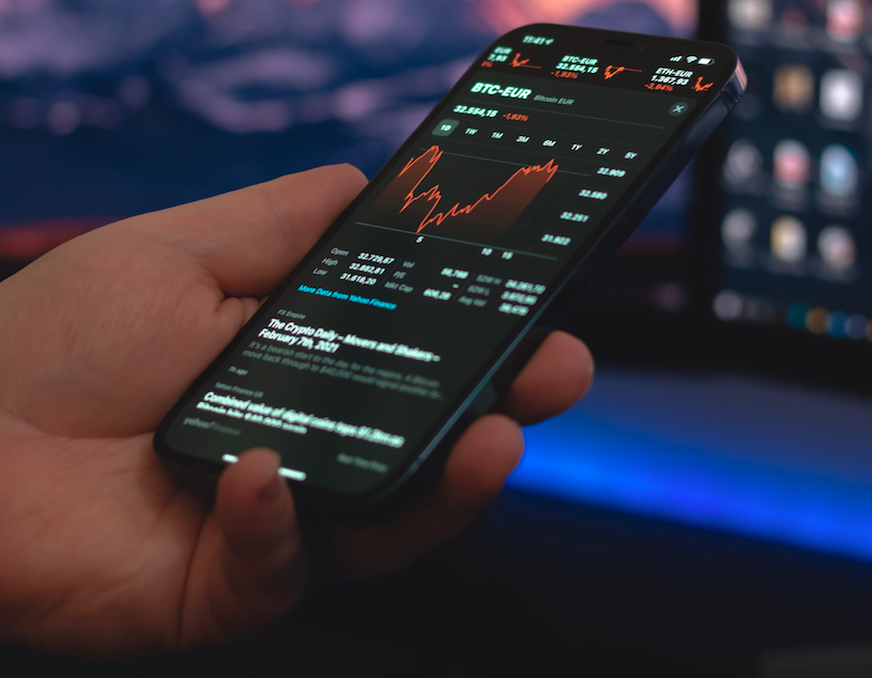 Major news headlines hit the crypto scene this week. The crypto market cap hit a new all-time high of $2 trillion and long-standing South African digital asset exchange, ICE3X, ceases its operations. To learn about this and other stories, keep reading.

On April 6, 2021, the total crypto market capitalisation hit $2 trillion for the first time, thanks to an ETH, XRP, TRX, XLM, and BTT rally. These digital assets have been fuelling the altcoin season and have pushed the market capitalisation to $2 trillion. Moreover, the rising interest in these altcoins could eventually benefit bitcoin, according to market analysts.

Bitcoin’s dominance has, however, decreased from about 73 percent at the beginning of 2021 to the current 55 percent.

“These early adopters shifting to altcoins will both work to decrease volatility in bitcoin and also eventually help decide the winners from the losers in the alt space, which is kind of a necessary condition for any altcoin to emerge as a viable longer-term asset,” Chad Steinglass, head of trading at digital assets capital markets firm CrossTower, told Coindesk.

Earlier this year, the value of the crypto market surged above $1 trillion for the first time on the back of bitcoin’s rising price. The current bitcoin market cap, according to Coinmarketcap, is around $1.07 trillion.

South Africa’s crypto exchange ICE3X has ceased operations according to an April 6, 2021, statement. The exchange has disabled withdrawals from the platform and is currently processing submitted withdrawal requests.

“We regret to inform you that the platform will not return to operation and [we are undertaking] liquidation proceedings. All withdrawals logged via the form (except BTC & LTC) up to and including 06/04/2021 have been completed. All remaining assets (Tokens & FIAT) are now held in trust by Manong Badenhorst Attorneys and liquidation proceedings [are underway],” the crypto exchange wrote.

ICE3X was founded in 2013. Users can download the requisition form here.

PayPal Rolls Out Checkout with Crypto

PayPal has rolled out checkout with crypto, a service that will enable US customers to pay merchants in crypto. In October 2020, the online payment company announced that it would allow US customers to buy, sell, and hold cryptocurrencies.

“As the use of digital payments and digital currencies accelerates, the introduction of checkout with crypto continues our focus on driving mainstream adoption of cryptocurrencies while continuing to offer PayPal customers choice and flexibility in the ways they can pay using the PayPal wallet. Enabling cryptocurrencies to make purchases at businesses around the world is the next chapter in driving the ubiquity and mass acceptance of digital currencies,” said Dan Schulman, the CEO of PayPal.

PayPal will automatically display this payment method when a customer has a sufficient crypto balance. The platform will then convert crypto to fiat once the user confirms the purchase. Checkout with crypto will be available to the rest of the world at a later date. 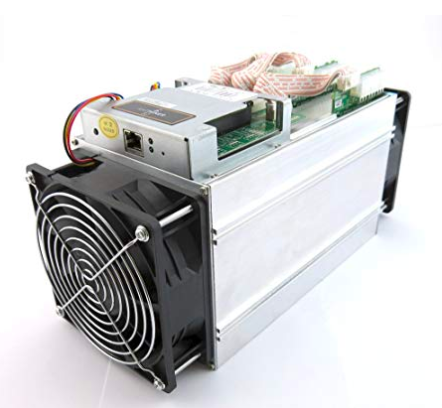 The first quarter of 2021 is over, but the bull market could still extend to Q2/2021 as bitcoin nears $60,000 again. Moreover, March 2021 was a lucrative month for bitcoin miners who raked in over $1.5 billion in revenue. To learn more about this and other top stories, keep reading.

According to data from The Block Research, bitcoin miners made over $1.5 billion in March 2021. This is the highest revenue the crypto mining sector has earned in one month. The sources of revenue for bitcoin miners are per-block subsidies and transaction fees.

Since January 2021, bitcoin miners have been making more than $1 billion in revenue. In February, they earned a total of $1.36 billion.

The recent bull run has played a significant role in increasing the revenue for bitcoin miners. For instance, the mining revenue was $9.4 million on the first day of October 2020 compared to $63.7 million on March 31, 2021.

Africa Will Leapfrog the Rest of the World in Blockchain Adoption, Says Cardano Founder

The Founder of Cardano, Charles Hoskinson, believes that Africa will leapfrog the rest of the world in blockchain adoption in the next ten years.

“In the next five to ten years, all the governance tools, how they vote, how the property ledgers work, how payment systems work, how the identity systems work, and how the supply chain system work are going to be updated, this is like a leapfrog effect,” he said during an interview.

Furthermore, Hoskinson said the rapid infrastructure development in Africa will benefit the Cardano ecosystem. That is one of the reasons the crypto project is focusing on the continent. The other reasons include the rise of internet adoption, a young demographic of tech-savvy individuals, and the awareness among young leaders about the potential advantages of blockchain technology.

According to Hoskinson, the greatest driver of change on the continent is the need for better financial, administrative, and legislative systems.

Visa announced that it will allow the use of USD Coin (USDC) to settle payments on its network. This announcement came after Crypto.com successfully sent a USDC transaction to the Ethereum address of Visa at Anchorage in a trial run. Anchorage is a crypto custody platform for institutions.

By leveraging the Ethereum blockchain, Visa has eliminated the process of converting crypto to local currencies before conducting a transaction. USDC is a dollar stablecoin that users can redeem for the US dollar on 1:1 ratio.

“We see increasing demand from consumers across the world to be able to access, hold and use digital currencies. We are also seeing demand from our clients to build products that provide that access for consumers,” said Cuy Sheffield, Head of Crypto at Visa.

Visa is also considering enabling users to buy bitcoin via Visa credentials, according to the CEO Al Kelly.