The “decentralised convention for decentralised currency” CoinFest Nigeria was held on April 5, 2018, in Abuja. Crypto-enthusiasts, blockchain entrepreneurs, and investors came to together to discuss the future of cryptocurrency and the blockchain in Nigeria.

Coinfest is an annual event held in many countries, including Nigeria, which aims to promote the use of digital currencies and blockchain technology through a collaborative initiative.

Despite the recent drop in the cryptocurrency market and increased regulatory scrutiny for cryptocurrencies, Coinfest NG still experienced a strong turnout with over 150 participants coming from within Nigeria as well as other West African nations.

The event’s keynote speaker, Dr. Andrew S. Nevin, said in his presentation that there is a need for more Africans to see blockchain technology beyond bitcoin, highlighting this as one of the reasons why most African ICOs have failed.

“Despite raising billions, 46% of ICOs have failed globally, and the majority of African ICOs have failed. Only SureRemit and a few others were successful. Yet about NGN32 billion worth of bitcoin have been traded in Nigeria.”

One of the many topics discussed at the conference was the fast rate at which the Steemit community is growing in Nigeria. Mr. Toju Kaka talked about building a blockchain community through Steemit. He described the blockchain-powered social network as the Telsa of social media, adding that the platform will be a vehicle that will drive cryptocurrency adoption across the world.

Mr. Toju also described how many microbloggers in the country are now leveraging the Steemit platform as means of making money online through posting valuable content. He further went on to say some Steemians are already building hubs in Nigeria.

“As am talking to you right now, there are crypto-enthusiast who have taken it upon themselves to create hubs in some part of the countries like Ibadan, Portharcourt, and Uyo to power Steemians,” Toju said.

One of the interesting startups showcased at Coinfest NG was AgroPlexi, a new platform leveraging blockchain technology to provide financial inclusion in the Agriculture sector.

The founder of Agroplexi, Mr. Ogundele Mayowa, said that one of the major problems of most African farmers is access to funding. Many of them are unbanked and do not have the necessary criteria to qualify for bank loans. This is where AgroPlexi wants to help.

“Here in Nigeria many of us look at the trading aspect, how we can make money from it. But cryptocurrency and blockchain technology is more than just money it’s the future. Agroplexi already has 51,000 farmers in her database and still counting.”

Mayowa concluded by saying that blockchain and cryptocurrency have the potential to solve the problems surrounding poverty and democracy in Africa.

Nigerian blockchain thought leader, Lucky Uwakwe, also spoke at the conference and told participants: “Experts used to say that it takes a good ten years for software to get into the limelight. That is to tell you that if bitcoin can keep on the pace at which it’s growing, in the next two years it will surely dominate the world as PayPal does.”

Coinfest 2018 showcased a wide range of startups, such as Xendbit, Bitmama, and BeepMagnet, which are a testament to Nigeria and West Africa’s growing blockchain startup scene.

Operators of the prominent bitcoin mining company, Bitclub Network, have been arrested and charged with fraud by the US Department of Justice in December 2019.

In this article, you will learn about the rise and fall of the BitClub Network scam, which has defrauded thousands of bitcoin investors.

The BitClub Network is a company that claims to enable individuals to make money through bitcoin cloud mining. Since BitClub was established in 2014, it has been in the spotlight for supposedly using MLM strategies to defraud investors.

BCN claimed on its website (before it was taken down) that it is a “team of experts, entrepreneurs, professionals, network marketers, and programming geeks who have all come together to launch a very simple business around a very complex industry.” These unspecific details about the people behind the company should have been the first warning sign.

The founders of BitClub Network have been anonymous for a long time. Only convicted sex offender, Russ Medlin, was associated with the bitcoin mining scam. However, recent arrests have brought to light other people that could be architects of the investment scheme.

In addition to the acute lack of information about the company and its operators, the list of red flags was long.

There is no doubt that the BitClub Network has been aggressively marketed. From Facebook and Telegram groups to Reddit, BitClub promotions have been all over social media. This attributed to its steep growth.

Although the hype surrounding making money with bitcoin is not what it once was, BCN has convinced a lot of people that they could get rich through bitcoin mining. After five years, some investors, if not all, are reportedly regretting their decisions after losing thousands of dollars to BitClub.

In Africa, BCN was just as popular as anywhere else in the world and social media was a key recruitment tool. An example is the Facebook page, BitClub Network South Africa, which is asking people to join.

Using the “fake it till you make it” approach, the leaders of the scheme defrauded investors $722 million even though earlier reports showed that the Network was contributing to bitcoin’s mining activity. However, the information from the recent arrests reveals that the BCN operators were displaying fake mining numbers to investors.

As with any Ponzi scheme operators, the law is bound to catch up with them. This is what happened to Matthew Goettsche, Joseph Abel, Silviu Balaci, and Jobadiah Weeks, the alleged operators of BCN.

The US District Court prosecutors charged the four with fraud in December 2019 with regards to the BitClub Network Ponzi scheme.

While these arrests could have brought the company to its knees, Russ Medlin, a well-known name in the BitClub Network scam, has not yet been charged.

The arrests revealed that the operators were making millions of dollars while using a small fraction of the money they received from new investors to pay the old investors. Interestingly, the leaders of BCN were not shy to state in their correspondence that they were out to profit from “the typical dumb MLM investor.” In January 2015, Goettsche told Balaci:

“We are building this model on the backs of idiots.”

The story of Bitclub is a great lesson for new and future crypto investors. There is a lot we can learn from a bitcoin scam that has been able to operate for so long.

The key points are:

The ugly side of crypto is real. There are people intentionally starting crypto scams to make money from unsuspecting investors. Therefore, it is important to stay vigilant and to research the companies you plan on doing business with.

After a full-house event in Nairobi for the CrypTour through Africa, OKEx is back again to host its popular Genesis Trading Classe, titled “Crypto Margin Trading.”

The class will cover the following:

You don’t want to miss this exciting class!

Come and network with other crypto enthusiasts over drinks and snacks. There will be a jam-packed list of speakers who will also be joining for this class. 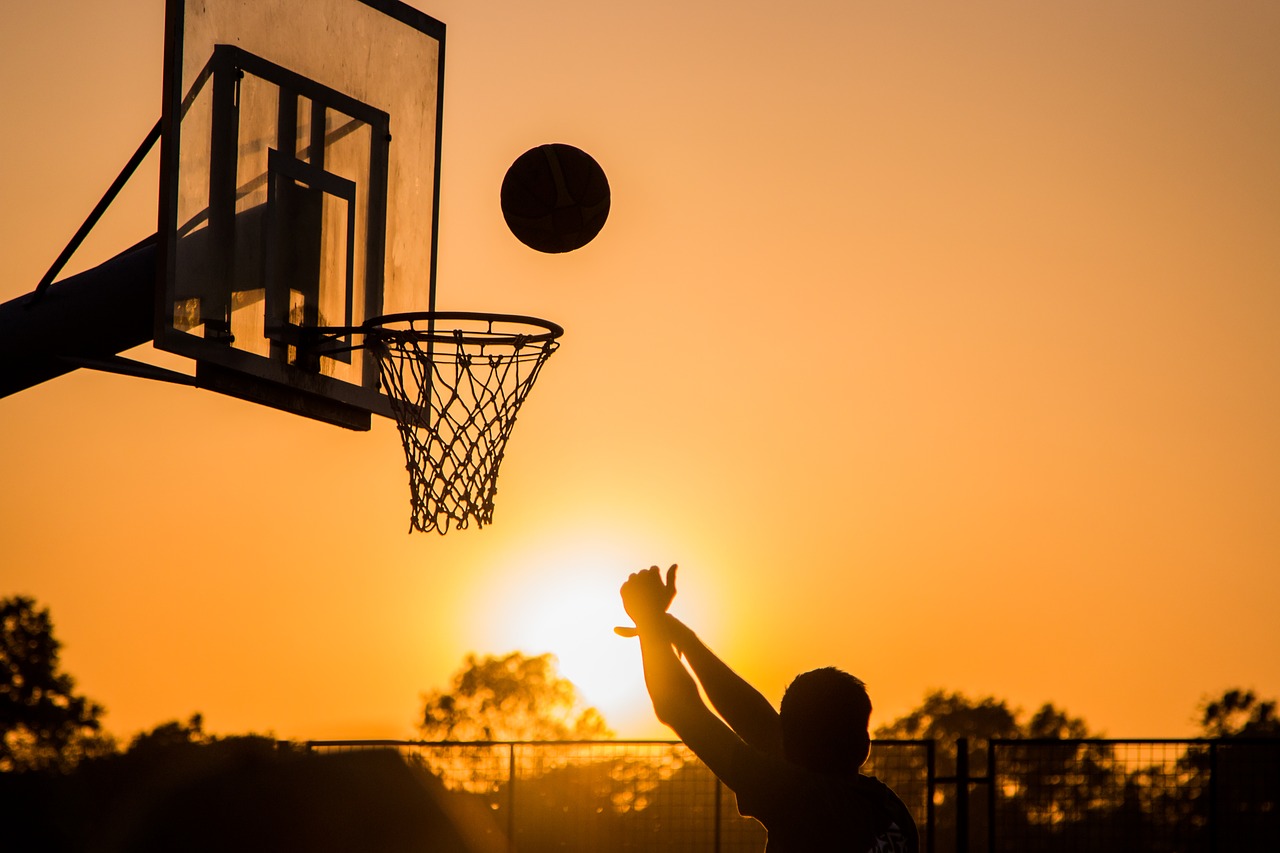 Retired NBA player, Isaac Edward Austin, has allegedly scammed a Ghanaian Company out of $825,000 in bitcoin (BTC). The money was reportedly acquired with the promise of investing it in a bitcoin automated trading programme.

Through the Isaac Edward Austin (IEA) and Tudor Trust, Austin reportedly masqueraded as a trustee with the ability to help a Ghanaian company make a profit on a bitcoin investment. The two parties signed a contract on July 3, 2019. This contract is among other documents that have been shared on mynewsgh.com indicating the scam took place.

The company sent to a bitcoin investment at a strike price of $11,000 per bitcoin, totaling to $825,000, to Austin expecting to receive back the original investment plus profits. However, Austin failed to make the payment at the close of trading as per the agreement.

A victim of Austin’s scam shared his experience as follows: “He will take your BTC and you will never get your investment back or your returns. On the day of payment, he will tell you story after story filled with lies of issues why the BTC could not be delivered on the day of payment. From him having a heart attack, to the coin being sent to the wrong wallet, to him being in a queue at the bank, to him waiting for the trade to conclude, to the funds being held by the bank. Week after week after week of unresolved issues even when he has confirmed the day before that all is set 1000 percent to deliver and conclude the transaction. He is a fraudster of the highest order. Stay away from him. We have all the proof – contracts, letters, and messages.”

One of the other documents mynewsgh.com obtained is a letter sent to Austin notifying him of his failure to meet the agreed terms of the contract. The Ghanaian company expected their money back on the same day they signed the contract with Austin. The funds expected should have been 75 BTC going for a strike price of $11,000.

In the letter, the company gave Austin 48 hours to pay them their money – failure to which they were going to take legal action.

Is the Scammer an Imposter?

According to the documents shared on Ghana Web, the bitcoin scammer’s date of birth and height is similar to the former NBA player, Isaac Edward “Ike” Austin as indicated on Wikipedia. So, could this be a case of a retired basketball player turning into a scammer or is someone impersonating him? The answer to this question is unclear.

This LinkedIn profile of an Isaac Austin, who has been the Finance Director and Trustee of Tudor Trust and Finance Society LLC since June 2012, does not seem authentic. Although this profile has some similarities to the former NBA player’s personal information as written on Wikipedia, the years he attended Arizona State do not coincide.

Furthermore, the profile on LinkedIn says Isaac Austin took a Bachelor’s Degree in Liberal Arts and Sciences for one year which is not the usual study period for a degree course. There is also no mention of the former NBA player being a trustee of IEA and Tudor Trust.

The upturn of the crypto market experienced in mid-2019 appears to have spurred scammers into action. This scam comes after another bitcoin investment deal in Nairobi went wrong between December 2018 and May 2019.

That said, these scam stories are a lesson to potential bitcoin investors that they are better off managing their own investments as opposed to handing funds to someone to manage them. If the Ghanaian company had carried out thorough research, perhaps they would have noticed the obvious red flags.