London, September 20, 2018 – International FinTech company Humaniq today expands its global reach by launching the Humaniq app with full functionality – wallet & crypto emissions – in a further 24 countries. The launch, from Asia to Latin America,  takes the total list of nations Humaniq App operates into 46. The expansion will provide both social and financial empowerment to the global unbanked population and widen the horizon for financial inclusion initiatives.

Launching the app in new continents with already close to half a million users onboard after less than a year Humaniq is ready for further rapid growth and achievements. As of today, the Humaniq App can be downloaded in 24 new countries: Republic of the Philippines, Myanmar, Sri Lanka, Papua New Guinea, Mongolia, Seychelles, Belize, Dominican Republic, The Bahamas, Guatemala, Honduras, Costa Rica, Venezuela, Guyana, Suriname, Paraguay, Oriental Republic of Uruguay, México, Albania, Montenegro, Macedonia, Republic of Serbia, Bosnia and Herzegovina, Republic of Iceland.

It is no coincidence that there are Southeast Asia and Latin American countries in the list of nations Humaniq now operates in. Humaniq will fill in the gaps in financial inclusion, bringing knowledge and skills that will help people to use financial products and services effectively and with a greater awareness of their rights and responsibilities in financial markets.

Today, there are approximately 1.7 billion people without any access to financial accounts, according to the World Bank’s Global Findex Database 2017 (Findex). Traditionally, these unbanked individuals are unable to prove their identity, which makes it impossible to gain access to traditional banking facilities. Guided by the goal of expanding the banking sphere to the masses in historically underserved economies, the Humaniq team provides the unbanked with a wallet, bio-ID, secure messaging, end-to-end encryption, live support chat features, and transaction fees close to zero through the unique Hybrid Blockchain that the Humaniq App is built on.

Following its mission, Humaniq is focused on raising awareness of financial services and introducing FinTech innovation to the African region, aiming to empower the continent’s populace. Earlier, it ran a global challenge which invites social entrepreneurs to submit proposals for Blockchain startups that aim to introduce new financial services in Africa. Its social awareness campaigns have included a widely-viewed documentary highlighting the plight of Africa’s unbanked. Humaniq also directly engages local entrepreneurs through its extensive network of African ambassadors.

“Humaniq is an international project and the expansion from 22 to 46 new countries is ample evidence of that. This is precisely the route that Humaniq needs to follow in order  to reach its goal of making the world a better place through full  financial inclusion and financial literacy for all.”- said Alex Fork, Founder of Humaniq. 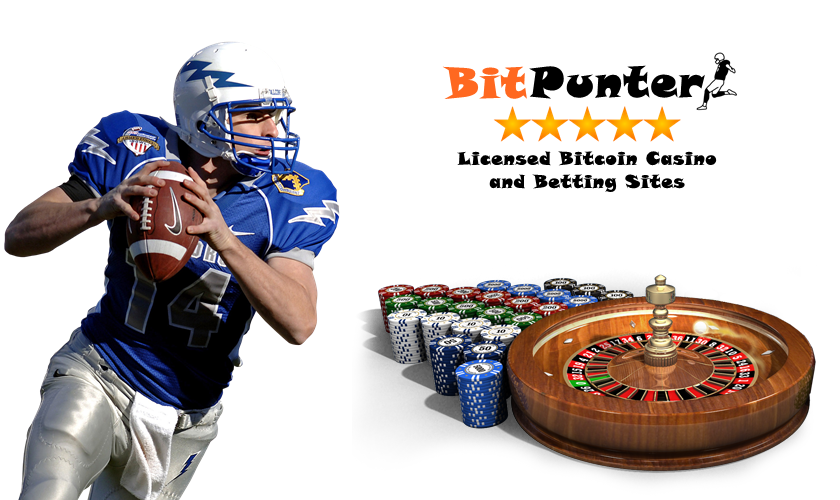 Bitpunter.io is happy to announce the launch of our brand new Bitcoin Betting and Casino guide. Bitpunter.io has more than 40 Bitcoin Casino and Betting site reviews. All the listed sites are licensed and offer provably fair casino games. Crypto and Bitcoin owners like to have a Provably Fair gaming platform. Now they can enjoy their Fair games at licensed operators as well. We aim to list only the Provably Fair casino and Bitcoin betting sites with gaming licenses.

All the listed Bitcoin Casino and Betting sites are:

Bitpunter.io gives you the best and most secure options to bet and gamble with your beloved Bitcoins. Betting and gambling with Bitcoin gives you great advantages such as anonymity and security. Our aim is to provide the best reviews of Bitcoin Casino and Bitcoin Betting sites and make your gambling experience as smooth as possible. We only list licensed Bitcoin Casino Sites with great bonuses and customer service. You can read our Casino Reviews and check out the games and bonuses they offer.

This way you will be able to have a comprehensive look on the Bitcoin gambling sector and decide where to use your Bitcoins for casino games and sports betting.

Bitpunter does Bitcoin Casino Site ratings according to 4 different criteria:

Our aim is to provide up-to-date information on all licensed Bitcoin Betting and Bitcoin Casino sites. I know that those Bitcoins are very valuable for every HODLer and we want to be sure about the safety of our funds when we bet or gamble with them. That is why I have gathered all the licensed Bitcoin Gambling sites and reviewed them for you. You can find both the Pros and Cons of every reviewed site and make your own calculated decisions. You can contact us through our website Bitpunter.io if you have any questions: 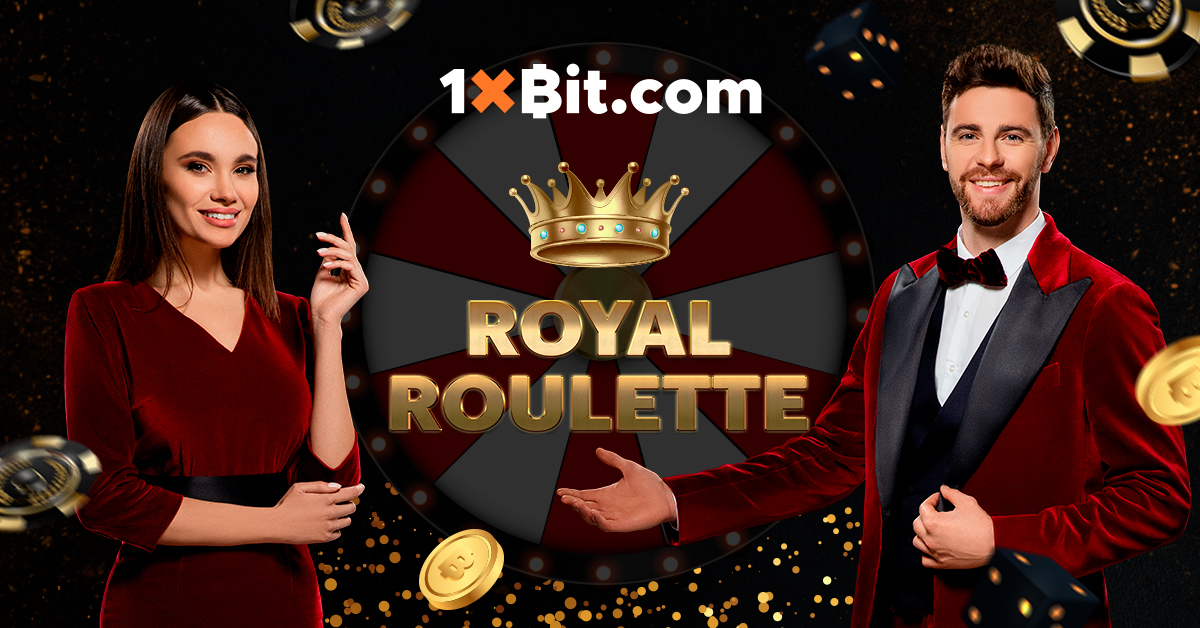 The sound of cards whirring in the hands of live dealers, bells going off at multiple slot machines, bets being whispered in hushed voices, levers being pulled in all corners of the room producing a racketing noise, and doors are constantly spinning as people enter and leave. That’s right: you’ve found your way at one of the most timeless, classic, and iconic casinos in this part of town.

You’ve come at the perfect time. We have an incredible tournament going on!

Welcome to the Royal Roulette! Where the jingling of quarters and clicking of the roulette wheel can be heard all day, all night, throughout the entire month.

The Royal Roulette attracts all betting players – both young and old, high-stake and low-stake, beginners and experts, as they compete against each other for the ultimate prize of 250 mBTC. They travel far through land and sea to put their money where their mouth is and join in on the thrill and good old-fashioned adrenaline rush by indulging in the games at the Royal Roulette. All players are invited to play at the following 1xBit live casino tables:

Think you have what it takes? Then hop on over to 1xBit and take part in the Royal Roulette!

Take a guess! Your bet is as good as ours when it comes to the Royal Roulette

At 1xBit, it is all about skill and strategy. If you want to win big at the Royal Roulette, then you need to be patient, act like royalty, and observe other players before making your move. Remember that haste is waste! Think carefully before you can wager on the outcome and lay down the odds.

That’s all there is to the Royal Roulette! If you should find yourself lucky enough to play with the best, then a prize worthy of a king awaits you!

The prize distribution is as follows:

All players are informed that the event starts on 26th February 2021 and goes on until 25th March 2021. You have a whole month to play and fulfill your heart’s desire.

What are you waiting for? Join the Royal Roulette and win like royalty at 1xBit!

Enter the World of Online Gambling – Why Choose 1xBit?

You get to play from 200+ live casino games:

Here are the benefits you get to enjoy at 1xBit:

You deserve to be treated like royalty. That is exactly what we offer at 1xBit. Join today! 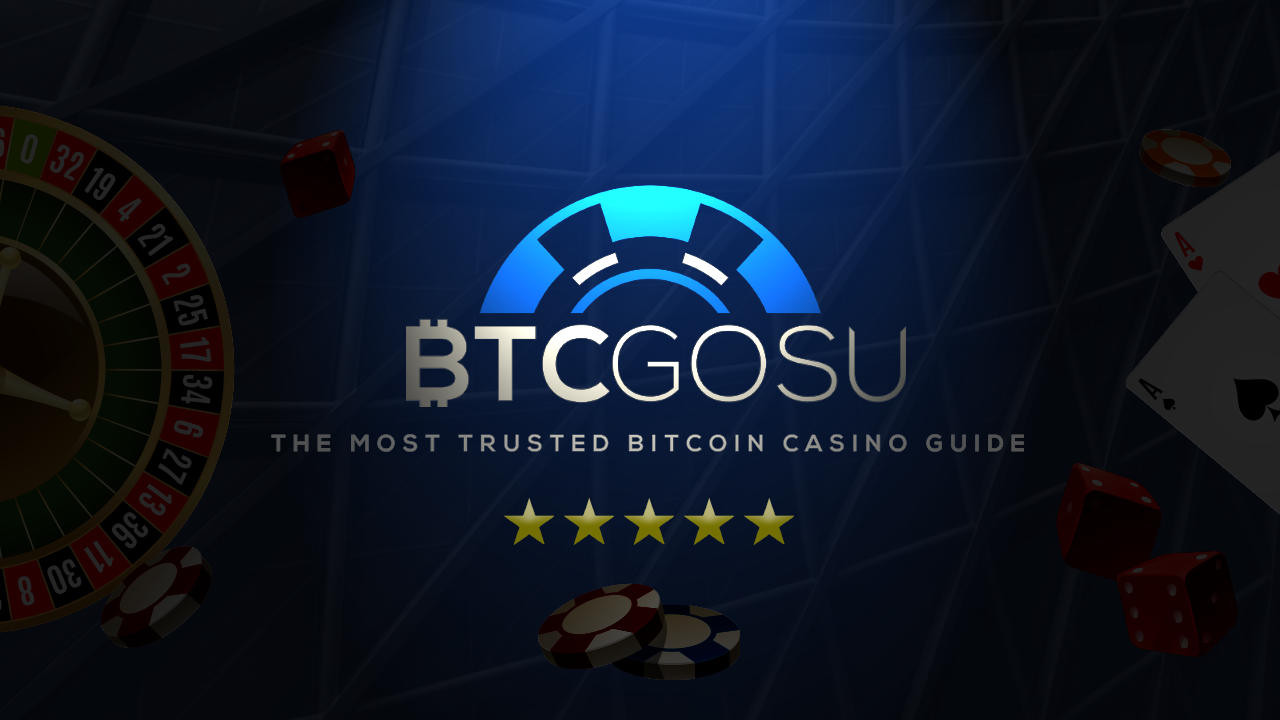 February 15, 2021 – BTCGOSU, an independent guide to Bitcoin Casinos, provides detailed reviews of online casinos and gambling sites. All reviews include valuable, honest information with insights from real players, that are updated regularly.

“Our goal is to enable you to enjoy Bitcoin gaming while remaining confident that you’re dealing with casinos that operate with integrity,” said a spokesperson for the site. Those interested in gambling online with Bitcoin or other cryptocurrencies can find starred ratings, promotions, overviews, and full write-ups that explain how each reviewed online casino works. Insights into variables such as VIP programs, deposits/withdrawals, customer service, and security are analyzed and tested in detail as well.

BTCGOSU includes the world’s largest third-party Provably Fair Verifier, a technology that enables players to verify bets and ensure they are not manipulated. Reviews specific to Bitcoin casino slots and games such as Dice, Crash, and Plinko are also provided. A section on the latest GOSU Bitcoin game reviews is included on the website, as is a section exploring the advantages of Bitcoin gambling.

In addition, you can also find News, promotions, and guides on the site. This provides visitors the chance to find out the latest happenings with some prominent Bitcoin gambling sites and learn more about popular games such as Poker. BTCGOSU promotes only fair and reliable gambling sites; it is designed to provide unbiased, honest reviews of online Bitcoin casinos.

On top of that, visitors can use the site’s Casino Comparer, Provably Fair Verifier, and take advantage of BTCGOSU’s unique Disputes & Mediation service and Deposit Guarantee. They can also navigate to locate reviews specifically focused on the casinos themselves, bonus types, and games. The BTCGOSU comes from a prominent user of bitcointalk.org, where a complete Announcement Thread (ANN) for this crypto gambling website can be found.

For more information about BTCGOSU, and to read complete reviews written by actual players who contribute to our listings, go to www.btcgosu.com.