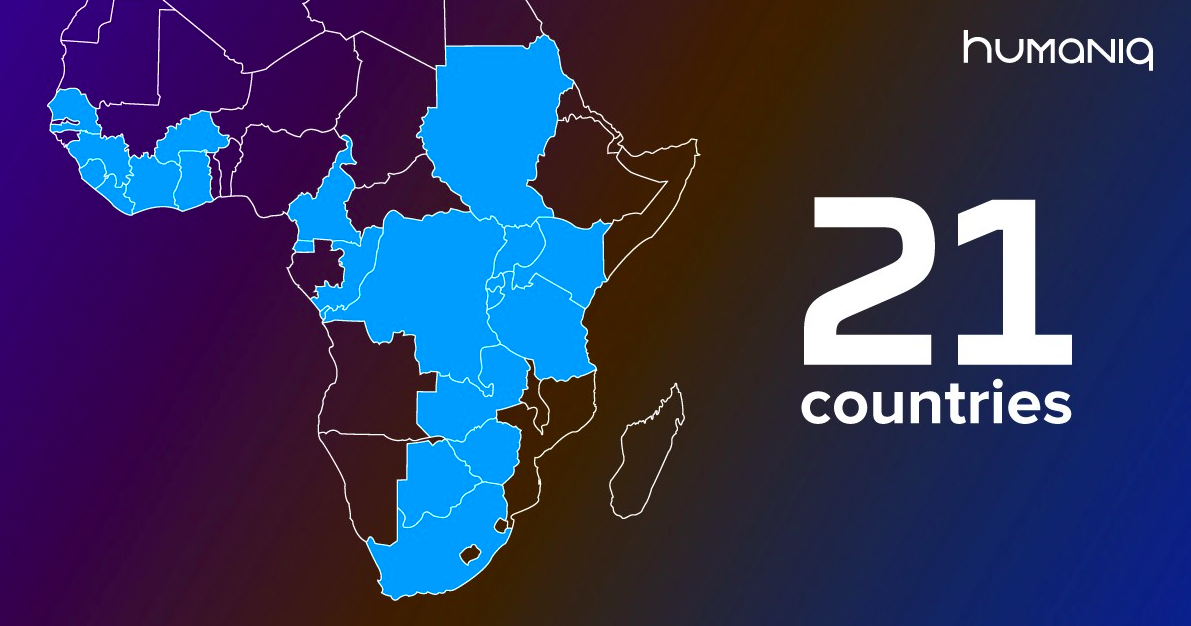 An expansion into more markets is planned. However, expanding into new African markets is not that easy for Humaniq.

The main reason why Humaniq is not active in more markets yet is that the startup has to comply with the regulations in every country it operates in.

Another important factor that Humaniq has to put into consideration is being compliant to the privacy and user data protection laws. This is because the Humaniq app, just like any other app you use on your phone, deals with a lot of sensitive information such as biometric identities and phone numbers.

For this reason, Humaniq stated in a blog post that it “needs to be very careful to respect all existing standards for data safety. With that said, we are fully compliant with the recently enacted EU GDPR laws, which can be considered as the toughest user data protection legislation in the world”.

Before Humaniq can allow users to use their wallet in a country, it must first whitelist that country. This means that the company has to be 100 percent sure that government of a given country will consider their activities fully legal.

Humaniq went on to explain: “Initially we created a list of 10 countries, chosen according to criteria such as large population size, low incomes, and low banking services penetration. Then, we began searching for local law firms that specialised in the financial sector, requesting a legal opinion on whether our services will be allowed in their country. As mentioned before, the most important factors were the regulations on user data protection and the legal status of cryptocurrency, taking into consideration our emission system as well.”

While this procedure was a set standard procedure for Humaniq, it meant that it had to wait for several months for each country request which slowed their launch operations in any new country. The team ended up adding more countries that they were interested in expanding in and the list grew to 40 countries. Even with more countries of interest, there were countries that the company could still not launch in because either there was no legal clarity or they faced immediate rejection.

Although the team remains hopeful and believes they will be able to solve the problem through additional work, they also acknowledge the fact that it will take more resources and time, especially in Africa. This is because, besides the legality surrounding blockchain technology and cryptocurrencies, Humaniq carried out research to get a better understanding of its users in different African markets and the results revealed that some of the issues facing these markets when it comes to financial inclusion include the lack of a common language, literacy level, no trust and people in emerging markets will generally not use cryptocurrencies for paying for paying for things like goods.

Besides legal issues, there are also other non-legal factors that have to be considered when a business wants to launch into any new market. While whitelisting a country is an easy matter and can take less than a day, getting the citizens to start using your services, however, does not take a day. People will not just use your product because it is available to them. There is a need to run marketing campaigns that combine the use of traditional and digital marketing for each new market separately.

Although Humaniq has picked up the pace for whitelisting new countries and plans to continue the same way, their focus will not just be on the African continent. It is also targeting Asian and South American countries.

“It’s important to remember that Africa is not the only continent with large amounts of unbanked people, and we are excited to be making the jump soon! In fact, the expansion into Asia and America will be somewhat faster, as it’s much easier to find the required information by ourselves, compared to most African countries. We will, of course, keep developing our African presence through providing more use cases and more available countries as well: our eventual aim is to cover all of Sub-Saharan Africa,” the company stated in a blog post.